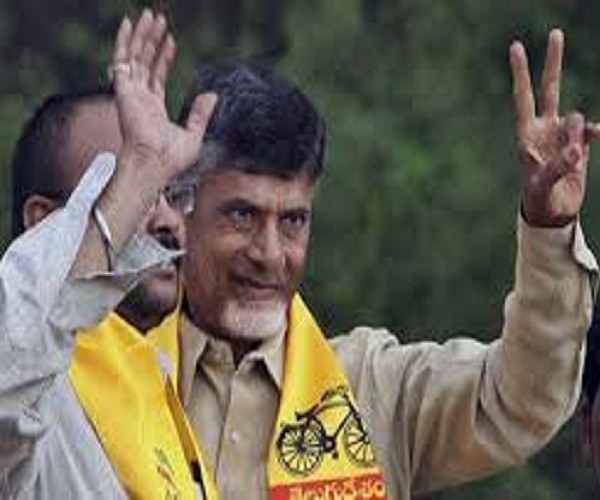 Andhra Pradesh chief minister and Telugu Desam Party (TDP) national president N Chandrababu Naidu is no greenhorn when it comes to calibrating and chasing a dream as a meticulous mission.

Except that in politics, envisioning a rosier future can run into unimaginable hurdles.

It is to overcome that the TDP chief is pushing hard for the maha kutami (grand alliance) steered by the Congress and that includes his TDP, the Communist Party of India and the Telangana Jana Samithi (TJS) — an influential splinter group of separate statehood protagonists in Telangana — to take on the Telangana Rashtra Samithi (TRS) in contiguous Telangana.

Naidu is presenting himself as a fresh force for opposition unity by leaving little chance in reaching out to political parties, including the Congress — the opposition to which prompted his father-in-law NT Rama Rao launch the TDP in 1982.

His immediate task is to break the deadlock in the maha kutami over seat-sharing, which until now is handled by his party’s Telangana unit.

He is making a strong pitch to sustain the Telangana maha kutami and replicate it as a model during the 2019 polls. He insists that the coming together of the parties is a necessity both at the state and national levels.

Naidu has had a bitter falling out with the NDA on the issue of the central government failing to grant Special Category Status to Andhra Pradesh.

What has made it worse is the timing of the investigations launched by enforcement agencies on entities associated with TDP leaders, notably party MPs YS Choudhary and CM Ramesh and the municipal administration minister Narayana, who have deep pockets to fund the TDP, too.

This is perceived by the TDP chief as political vendetta.

Political compulsions underlie Naidu’s defiant stand, as no party in Andhra Pradesh is ready to be seen supping with the BJP in the present circumstances.

Moreover, the rival YSR Congress, led by YS Jaganmohan Reddy, is emphasising that the TDP and BJP were in cahoots for four years in order to consolidate anti-incumbency that may hit Naidu’s party hard when the polls to the 175 seat Andhra Pradesh legislative Assembly are held alongside to that for the Lok Sabha next year.

This is why Telangana is a poll laboratory for Naidu’s 2019 mission.

If he can help ensure the maha kutami gets its act together seamlessly, the TDP along with Congress and other like-minded political parties can try and form a mahagathbandhan at the national level to take on the NDA.

His seriousness is evident from the fact that he has told senior Telangana TDP leaders not to go in for a confrontation with the Congress through stiff seat-bargaining with less winning prospects.

Further, he has asked them to be aggressive in taking failures of the TRS government in Telangana and the NDA government in Delhi, to the people.