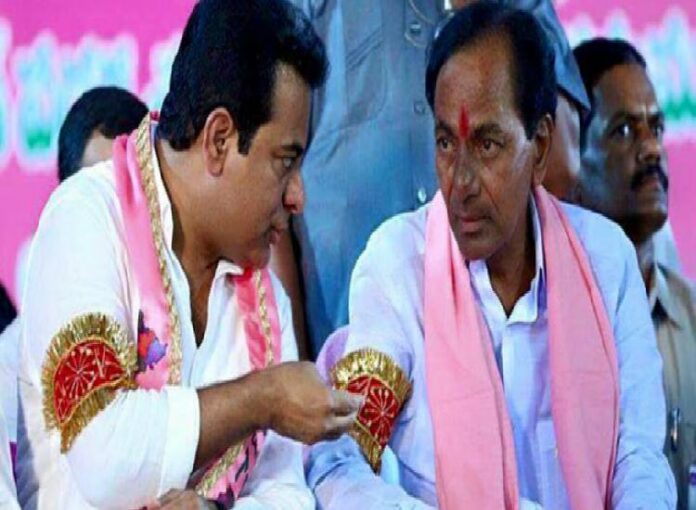 Even as rumours of Municipal Administration Minister KT Rama Rao assuming Chief Minister’s office in early 2021 are doing the rounds, fresh speculations have surfaced about Finance Minister T Harish Rao and Health Minister Eatala Rajendar. Both are likely to get plum party posts.

TRS supremo KCR is said to be mulling over complete revamp of party and it is presumed an exercise has already begun. Right after returning from the Delhi tour, the chief minister has restricted himself to his farmhouse on the advice of priests not to come out for a fortnight. It is learnt he is using the time for some ground-breaking changes.

ALSO READ:  Lack Of Proper Strategical Planning And State Poor Leadership In BJP At The Edge Of Flounder In Telangana

If KTR is indeed elevated, party reins may be entrusted to Harish Rao or Eatela Rajender. Even some ministers may be asked to give up posts for party assignments. Vemula Prashanth Reddy may be asked to quit office and focus on the party.

Sources said senior party leaders would be given cabinet posts. It is also being hotly speculated some in constitutional posts may be included in the cabinet. Sources also said that there would be two to three ministers from the MLC quota and a newly elected MLC may also find a place.

ALSO READ:  Why 'Desperation And Discontent' In ' Migrating Labours' In Hyderabad Addas?

Sources said the TRS chief is thinking that this is the right time to have changes in the State as there are still three years left (if there is no one nation one poll) in the government. If KTR is given the opportunity, he would keep a check on the growth of BJP in the State. The BJP had given a shock to the ruling party in the recent Dubbaka bypoll and also in the GHMC elections. #KhabarLive #hydnews