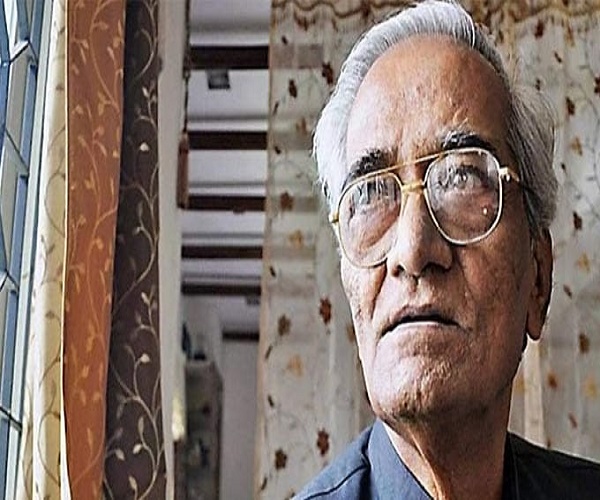 Death is a scary subject. And talking about one’s own death is scarier. But he bucked the trend and wrote a self-obituary during the pink of his health. That was Mujtaba Hussain, the celebrated Urdu humourist who kicked the bucket the other day.

Perhaps he did not want anyone else to write how he exited the world. So he penned it himself even as he was fit as a fiddle. And the ‘Apni Yaad Mein’ piece remains a masterpiece of self-obituaries.

(Calling him ‘late’ should have chocked the throat. But that’s not the case with Mujtaba Hussain who passed away recently. He ought to have died long back – rather died in utter shame. In fact, he was dying continuously ever since he was born and he took 80 years to complete the process).

Mujtaba Hussain had a wacky sense of humor. And it comes out clearly in his self-obit. It is a humorous take on his life, his faults, and foibles. He takes pot-shots at his idiosyncrasies and bares everything -warts and all. “People often ask how such a clumsy man became a writer. Truth is clumsy persons alone turn good writers”, he remarks in his obit.

Talking about his married life, he says it was his wife’s earnest desire to die in his arms. But he wouldn’t allow that to happen. When he had made her his wife, he would also make her a widow. “Bivi banana to mere ikhtiyar mein nahin tha laikin bewa banana to mere ikhtiyar mein hai”, he wrote. And true to his words, Mujtaba Hussain departed on Wednesday bestowing the status of ‘widow’ on his wife. She often figured in his stories and was the target of his biting wit.

Mujtaba Hussain, who wrote 25 books and innumerable articles, says one never forgets the first sin, first love, and first article. It was the humorous piece he wrote on the spur of moment in the Siasat Daily way back in 1962 that laid foundations for a great writer. He hastily penned the piece for the next day’s ‘Seesha-o-Teesha’ column as a stand-in for the regular columnist, Shahid Siddiquie, who suddenly died.

As fate would have it he stuck with the column and emerged as the greatest Urdu humor writer in the sub-continent. Over the years, Mujtaba Hussain was conferred with several awards, including the coveted, Padma Shri. But last year he returned the award to the Government of India to protest against the ‘suffocating atmosphere of hatred’ enveloping the country.

Pun-filled one-liners, snappy wisecracks, and funny style of writing became his identity. His humorous write-ups laced with bitter truth brought cheer to readers. A professional to the core, when his daughter died in 1963 he came straight to the office after the funeral and penned the next day’s humorous piece.

While in life he had everyone is split, in death he left the legion of his fan sad and dejected. Though he remarked in his obit that there wouldn’t be a vacuum in the literary circles after his death, the world of Urdu humor will not be the same after him. #Urdu#KhabarLive #hydnews #humour