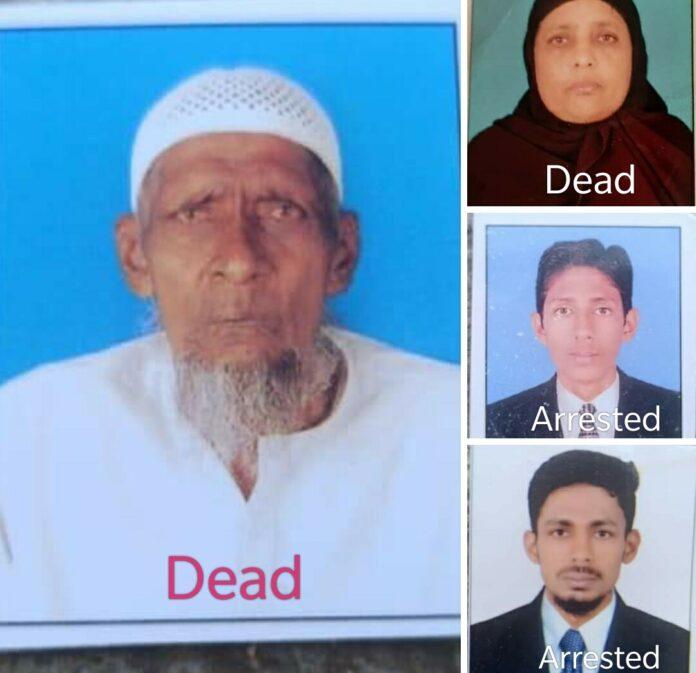 In a shocking incident, an old parents died of shock over the arrest and remand of their two sons during the recent riots in Telangana’s Bhanisa town.

Unable to overcome the shock after seeing his sons handcuffed, 73-year-old Abdul Ahad Banarsi died. A couple of hours later, his wife Ahmedi Begum (65) suffered cardiac arrest apparently due to the shock of her husband’s death and she too breathed her last, family members said.

The tragic incident sent shock waves in Bhainsa, a town in Nirmal district, about 260 km from Hyderabad.

According to Abdul Ahad’s relatives, he and his wife were worried ever since the arrest of their sons during the communal riots which rocked the town on January 12.

Abdul Kashif, 24, and Abdul Asif, 21, were arrested by the police on suspicion on January 13. The family claimed that the youth had nothing to do with violence and they had only stepped out of the house to see what was happening.

Kashif, working at a hospital in Nizamabad, and his younger brother, a plumber living in Hyderabad, had come home to meet the parents after attending a religious congregation in the Nirmal town.

The youth were remanded to judicial custody and were lodged in a jail at Nirmal. When they were brought to a court in Bhainsa, their parents had gone there to meet them. The arrested youth’s another brother Abdul Aarif said his parents broke down on seeing his brothers, who were handcuffed. Ahmedi Begum collapsed in the court premises.

Abdul Ahad, who was very depressed over the turn of events, died of shock the next day while his wife also passed away a couple of hours later.

The incident plunged the family into gloom. Abdul Ahad has 10 children, including five sons. The eldest son is physically challenged.

People belonging to all the communities condoled the couple’s death and visited their house to pay their respects. The family was trying to secure bail for the two to enable them to attend the last rites. #KhabarLive