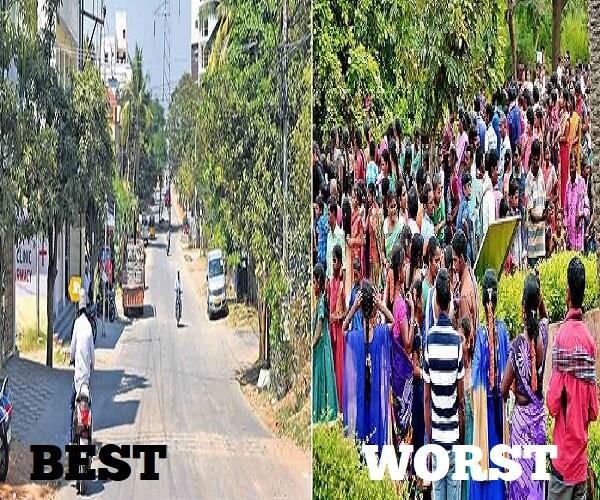 The most polluted spot is Nehru Zoological Park in Bahadurpura area and most cleanest air quality area is Rajendernagar, according to Air Quality Index in Hyderabad city.

The cleanest air in Hyderabad is at Rajendranagar while the most polluted area is the Nehru Zoological Park, according to data available with the Telangana State Pollution Control Board (TSPCB), which has 24 monitoring stations in Greater Hyderabad limits.

The data with PCB shows that at Rajendranagar, which houses some of the prominent establishments like Professor Jayashankar Telangana State Agricultural University and National Institute of Rural Development, the Air Quality Index (AQI) levels remained either in ‘Good’ or ‘Satisfactory’ category last year.

In 2019, the maximum that the AQI values in Rajendranagar went was up to 92 in January, while the lowest of 35 AQI was recorded in July. During June and October, the air quality was ‘Good’ to breathe. Though Rajendranagar remained steady throughout, the air quality at KBR Park, Shamirpet and Sainikpuri while remaining in ‘Good’ and ‘Satisfactory’ fluctuated.

The increase in pollution levels is usually attributed to vehicular movement and constructional activities, which heavily contribute to air pollution. These are usually not reported much in Rajendranagar. This apart, the green cover is more in this locality, when compared with other parts of the city, point out city-based environmentalists.

While the zoo park area has high traffic volumes, including those heading to destinations outside the city, there are also industries operating there.

This apart, the AQI levels are high in areas such as University of Hydeabad, Uppal, Jubilee Hills, MGBS, Kukatpally and Charminar where the vehicular movement is high. Though the air quality remained in ‘Satisfactory’ category in monsoon, it was seen affected in winter when fog blocked pollutants.

Air quality goes from bad to worse in industrial areas. Balanagar, which is surrounded by several industries, witnessed AQI going from 85 in September to 145 in December. Similar was the case with Sanathnagar where the AQI levels rose from 51 to 176 during the same period. #KhabarLive