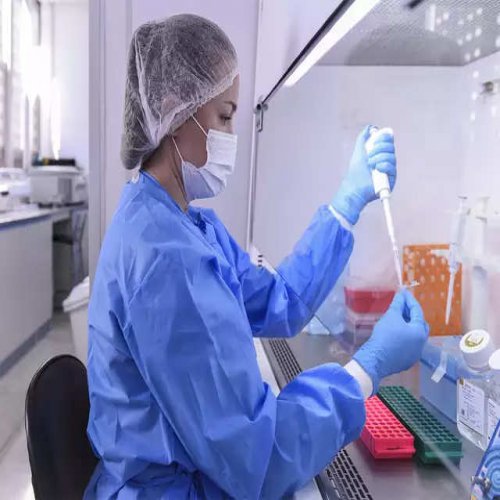 It is important for the Central government to clearly delineate responsibilities as per the constitutional framework.

Against the backdrop of India having one of the lowest testing rates for Covid-19 globally, it is time to ask some questions about the government’s approach to approving, sourcing and authorising use of diagnostic kits for the disease. There really is no dispute how important a role widespread testing plays in our ability to contain this public health emergency.

Any long-term plan to deal with this pandemic requires access to enough accurate diagnostics kits that can test not only the presence of the Covid-19 virus in the population but also the presence of antibodies in patients who may have recovered from Covid-19 infection.

Any policy for diagnostic kits must have four components – quality of the diagnostic, restrictions on use of the tests depending on availability, technology transfer and price. Only some of these questions are scientific while the rest are political decisions that are better made by the political leadership. However, there appears to be confusion in various circles on which public authority is responsible for making decisions in regard to these tests.

For example, as reported by Scroll.in, there appears to be a rift between the Kerala government and the Indian Council for Medical Research on testing strategies for Covid-19. Even Karnataka, a Bharatiya Janata Party-ruled state, appears to be adopting a different testing strategy. More such fissures are likely to appear soon. It is thus important for the Central government to clearly delineate responsibilities as per India’s constitutional framework.

The quality question
While creating new diagnostic kits for Covid-19 has proven to be much easier than creating similar kits for diseases such as tuberculosis, it is still by no means an easy task. Recent news that some diagnostic kits manufactured in China have been failing in large numbers in Europe is a sign to India to be careful about ensuring that only high-quality diagnostic kits are used here.

According to one news report by The Ken, the ICMR is to blame for the chaos surrounding Covid-19 test-kits in India. Among other reasons, The Ken identifies the ICMR’s insistence on 100% sensitivity for all kits and a no second validation rule (if the kit fails on the first attempt) as barriers for new manufacturers to get tested.

What is not clear from many news reports so far is why exactly the ICMR is in charge of approving new diagnostic kits when it is only a research body. The Drugs & Cosmetics Act is crystal clear on the fact that such approvals are squarely within the remit of the Drug Controller. In fact, the Drug Controller has promised to grant approvals for new diagnostic kids in a quick turnaround time.

From a policy perspective, not only does the ICMR lack the regulatory experience or the bureaucracy required to deal with multiple private applicants; it also faces a conflict of interest because the ICMR itself is trying to develop its own diagnostic kit.

A pandemic is no reason to stop following the law. In fact, given the stakes, it is very important to guarantee high levels of accountability of government institutions right now. This necessarily requires unprecedented levels of transparency from the Drug Controller. At the very least, all applications and underlying test data for all diagnostic kits should be made public by the Drug Controller to instill more faith in the approval process.

As reported by Scroll.in earlier, the Drug Controller has not been very transparent on this issue of diagnostic kits and has not even released a list of approved kits. This is not surprising. We have been closely following the working of the Drug Controller General of India for the last five years and we can certify to the fact that there are few regulatory institutions as opaque. Even a Parliamentary Standing Committee Report, from 2012, had harshly criticised the Drug Controller and the organisation that he heads – the Central Drugs Standard Control Organisation – for the lack of transparency.

The ICMR’s own press releases give the impression that it is in charge of laying down the policy on who gets tested and which lab can offer Covid-19 testing. The legality of its actions appears to be flowing from the Disaster Management Act, 2005 since the ICMR’s strategy has been notified by the health secretary as a binding legal guideline.

It is doubtful whether the Disaster Management Act and its highly centralised structure is even applicable to a situation like a pandemic, which is clearly covered under a completely different central legislation called the Epidemics Act, 1897. This adopts a more decentralised approach allowing each state to lay down its own policies.

At some point, it is possible that like Kerala, other state governments may want to adopt a different testing strategy which they should be allowed to instead of depending on the highly centralised structure put in place under the Disaster Management Act. If some states are willing to relax the threshold for testing so that more of its subjects are tested, they should be allowed to do so.

New Delhi should not be allowed to control such testing because, as per the Indian Constitution, public health is the remit of state governments and they are the ones who are accountable to the people of their respective state.

Sourcing diagnostic kits
Abbot Inc recently announced a diagnostic kit that can provide results for a Covid-19 test between five and 13 minutes. The test is based on Abbot’s existing “ID Now” platform and works by searching for fragments of the novel coronavirus genome in a sample of the patient’s blood. This new test promises to be a game changer because of its speed and accuracy, provided Abbot has the ability to cater to the global demand for such a point-of-care diagnostic.

If Abbot lacks the capacity to ramp up production to meet the demands from India, it may be prudent for the government to negotiate a technology transfer agreement with Abbot to allow for domestic production by Indian companies. This is bound to take time and is a task ideally for the Central government because Abbot will need approval for launching the diagnostic test across the Indian market.

The ICMR cannot be put in charge of such a task because it goes beyond the remit of the organisation, which is largely scientific research. It should be the task of the Health Ministry to scout the American and European market for the best technology and invite those manufacturers to manufacture/sell their diagnostic kits to India. The United States has already setup a public-private partnership to source material required for fighting the Covid-19 pandemic from across the world and secure such material into the United States. As of now, there is very little publicly available information on what exactly the Indian government is doing on this front.

Fixing price
The price that can be charged by private laboratories for Covid-19 tests has currently been fixed by the ICMR in its guidelines that have been made mandatory under the Disaster Management Act. The legality of this approach is doubtful for reasons already explained. Rather than follow a centralised approach, the Central government should delegate powers under the Essential Commodities Act, 1955 to state governments to fix their own prices depending on the circumstances in their respective jurisdictions. Doing so will allow for more flexibility at the level of states and the beneficiaries eventually be the citizens of India. #KhabarLive