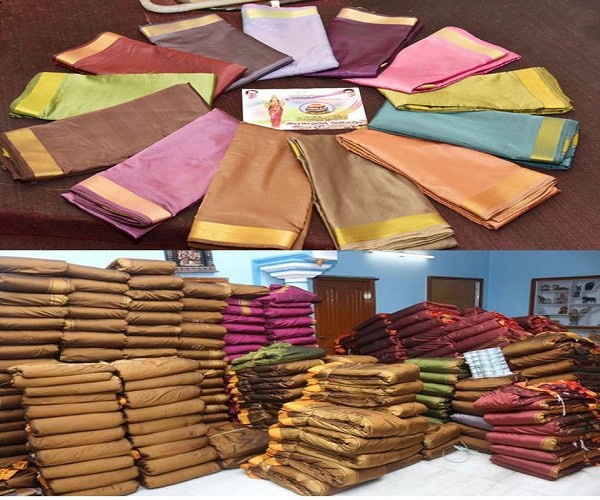 The lorry started its journey from Choutuppal and was intercepted in Paleru village of Kusumanchi mandal in Khammam district. The TDP workers, who were tipped off about the sarees, tried to stop the vehicle in Paleru itself.

However, the driver managed to give them a slip. The TDP workers informed their party workers on the outskirts of Khammam town

When questioned, the driver admitted that these sarees were meant to be distributed in Kothagudem and Sattupalli constituencies. In both the constituencies, the ruling TRS is facing rough weather.

Hence the party leaders planned to distribute Batukamma saree among the voters. It may be recalled that the TRS government had distributed Batukamma sarees last year also. However, many women rejected the sarees claiming that they were of very poor quality. #KhabarLive