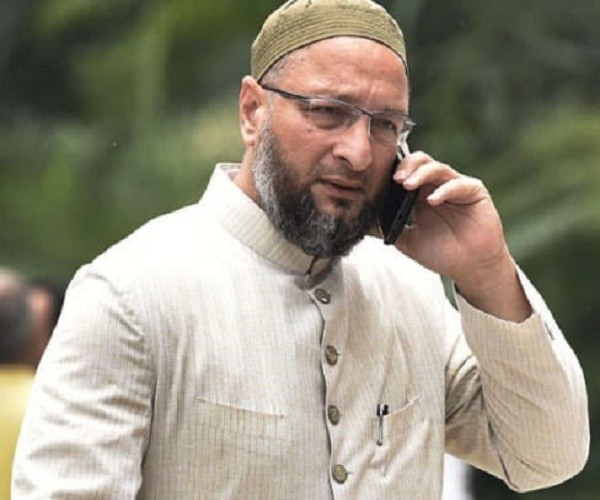 The Telugu Desam Party-Congress alliance might have caused some panic to the Telangana Rashtra Samithi, but it does not make much difference to the Majlis-e-Ittehadul Muslimeen which is confined to old city of Hyderabad.

Yet, MIM president Asaduddin Owaisi made very strong comments against the alliance, particularly targeting TDP president N Chandrababu Naidu for talking about secularism and democracy now, after being with the BJP for four long years.

Strangely, the Congress party reacted strongly to Owaisi’s comments. It accused the MIM president of speaking in the tone of BJP and Sangh Parivar in criticising the meeting between Rahul Gandhi and Naidu.

“Owaisi must clarify as to why he was angry over secular parties coming together to defeat communal BJP. Is it his hatred towards Congress party or love towards PM Modi that is making him give statements against formation of an anti-BJP front? Does he want all secular parties to remain divided to facilitate BJP retain power in next elections?” asked Telangana PCC leader Shaik Abdullah Sohail.

He said it was strange that Owaisi was targeting Naidu on his broken friendship with the BJP, but not accepting the fact that caretaker Chief Minister K Chandrashekhar Rao was still a friend and fan of Prime Minister Narender Modi.

“Can Owaisi deny the fact the TRS voted for BJP candidates in the elections for President and Vice President of India and supported Modi Government in all its moves since 2014?” he asked.

He said KCR neither visited the University of Hyderabad nor met the family after Rohit Vemula committed suicide.

“Owaisi must clarify whether or not his party was a friend of TDP when Aziz and Azam were killed in encounter. Why MIM never held any protest against the killing of Muslim youth in fake encounters? Today Owaisi is shamelessly talking about encounters that happened 16 years ago. But he is silent on Alair encounter of 2015 under TRS regime wherein five Muslim undertrials were shot dead in a police van. Why MIM did not severed its ties with TRS after Alair encounter?,” he asked. #KhabarLive