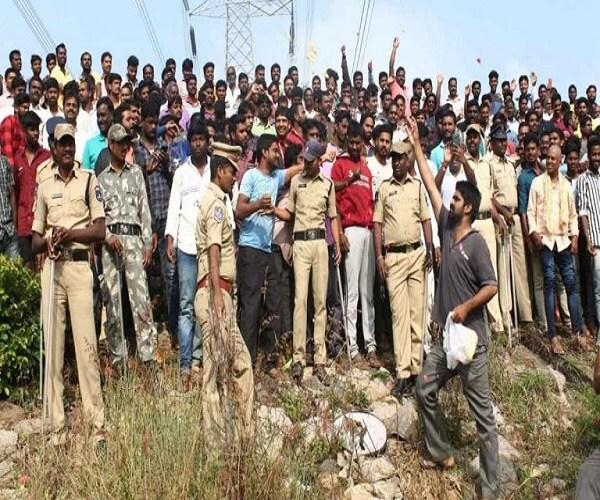 The controversial ‘encounter’ killing of the four accused in the ‘Disha’ rape and murder case in Hyderabad has brought to the fore the divisions in Telangana along caste and class lines. Days after the young Hyderabad vet’s alleged rapist-killers were shot dead by the Cyberabad police when they tried to ‘flee’, families of other such victims’ from Scheduled Castes (SC) and Other Backward Classes (OBCs) are demanding that the accused in their cases should also be executed similarly.

Leaders of these communities are questioning the “duality” in state response in cases of atrocities on the marginalised. Last week, protests intensified in Kumuram Bheem Asifabad, a tribal-dominated district in northern Telangana, demanding “such prompt justice” in case of a poor SC woman who was brutally raped and killed on 24 November — three days before the Disha incident.

The married woman, in her 30s, used to sell kitchen utensils and balloons walking around hamlets. Her body was found in bushes near Yellapatar village with fingers sliced off and grazes on neck, legs and other body parts.

Based on her husband’s complaint the police arrested three men — Shaik Babu, Shaik Shabuddin, and Shaik Maqdoom — within two days, just like in the Disha case. All three are currently lodged in Adilabad jail.

Droves of students, people’s groups, and women participated in road blockades last week as a shutdown was observed in parts of the district. While some wanted hanging of the rapists, many, including her husband, demanded an “encounter” of the three like in the Disha case.

With protests spreading, opposition Congress and BJP leaders too are speaking about the Asifabad case. District SP Malla Reddy on Wednesday said that orders were issued for setting up of a fast track court to hear the case. The SP has earlier said that they have named the victim Samata, like Disha.

In another case in Hanamakonda, adjacent to Warangal, the mother of a young woman who was allegedly raped and murdered on same day as Disha — 27 November — sat on a protest soon after the news broke of the police ‘encounter’. Local leaders of the OBC Yadava community sat with her in solidarity, demanding similar justice.

In Hajipur, a village near Hyderabad, families of three minor girls, who were allegedly raped and murdered by a man named Srinivas Reddy, sat on a protest before the Panchayat office last week demanding the culprit’s public hanging.

The serial rape and killings shocked the state in April, when the missing girls’ bodies were found in an abandoned well. Kavitha Goud, the village sarpanch who sat alongside the families, alleged state’s discrimination in rape-murder cases of lower caste women.

Several Telangana ministers, including the home minister and the two women ministers in the K. Chandrasekhar Rao cabinet, visited Disha’s family assuring all government support. However, the Asifabad victim’s family was reportedly visited only by the local MLA of the ruling TRS.

“It seems the government is rendering different kind of justice for the forward castes and SC, ST, BCs and minorities who form 98 per cent of all atrocity cases on women,” said R. Krishnaiah, a former MLA and president of Backward Classes Welfare Association.

On Tuesday, a group of SC, ST, OBC leaders submitted a memorandum to state DGP Mahender Reddy stating that since 2015, 13 cases of rape-murder of women from their communities have remained unresolved, according to local media reports. Asking the DGP to expedite the cases, the leaders expressed anguish that the forward caste public representatives do not extend solidarity in such cases, like they did in the Disha incident.

“As gender- and caste-based violence became naturalised, the state’s response too has been socially structured,” Dr Venkatesh Vaditya, who teaches social exclusion at the central English and Foreign Languages University in Hyderabad, told #KhabarLive.

“Geography too plays a part as evident by the contrast in public and political response between the Hyderabad and the remote Asifabad cases. Rapes and murders of SC, ST women largely go unnoticed. Whatever response we are seeing in the Asifabad woman case is in context of Disha case,” Vaditya said.

Comparing the two cases, several social media users alleged discrimination. On microblogging site Twitter, some users sought to make a statement by attaching the upper caste surname of ‘Disha’ to the Dalit victim’s name “in hope of justice.”

A post on social media platform Facebook by a user named Bunny Thirupathi sought to know, “If it is because of his surname that Srinivas Reddy, killer of three girls, is still not punished.”

The Reddy caste is a land-holding, highly influential and politically-dominant community in the state.

Several other social media users, however, maintained that society should be united in its fight against atrocities on women. Police officials said Srinvias Reddy’s trial in a fast-track court is at an advanced stage.

There are also allegations that the Telangana police was quick to “execute” the accused in the Disha case as the alleged rapist-killers were unsophisticated, daily wage earners from the countryside.

The families of the four killed in last week’s police action sat on a protest a day after the encounter, blocking a road near Maktal in south Telangana.

Renuka, wife of Ch Chennakeshavulu, accused no. 4 in the Disha case, and his mother Jayamma, questioned why other rapists and killers are not being shot dead by the police but are lodged and fed in jails.

“If the courts had pronounced him guilty, we would have come to terms with his execution. How to believe that my husband with absolutely no criminal record would have snatched weapons from the police?” asked Renuka. #KhabarLive