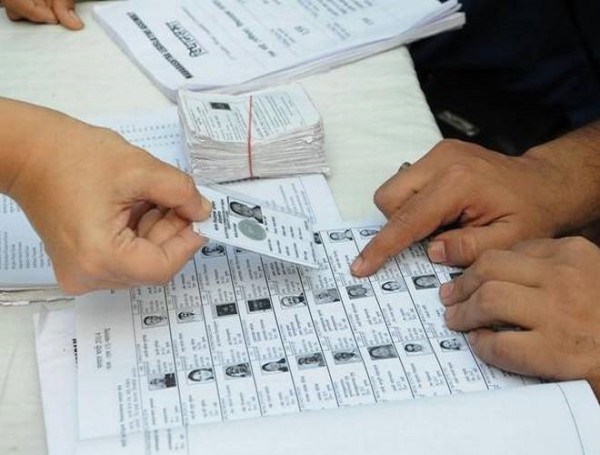 In the context of the brouhaha over the support of the Seemandhra voters residing in Telangana, caretaker minister K Taraka Rama Rao interacted with them recently. A majority of the lakhs of these voters were in favour of the TDP and BJP last time around. As a result, the TDP won 10 seats in and around Hyderabad while the BJP bagged five seats.

In 2014, the then Prime Ministerial candidate Narendra Modi and actor-politician Pawan Kalyan were influential. So was Leader of Opposition in Andhra Pradesh Assembly YS Jagan Mohan Reddy, which is why the YSR Congress party (YSRCP) won three Assembly seats and an MP seat in 2014. Now, with the YSRCP and the Janasena pulling out of contention, it is interesting to see who will benefit from the vote transfer.

The GHMC elections, which came in the back of the Assembly polls, however, were dominated by the TRS, which won 99 seats. There is every chance that the TRS would repeat its success in Hyderabad mainly due to the fact that the Assembly polls make a bigger impact on the public issues. But, reports suggest that there are clear indications of an opposition towards the Congress-TDP alliance because of the wrongful acts and irregularities of Chandrababu Naidu in AP.

YSRCP general secretary Konda Raghava Reddy expressed the view that the supporters of late Dr YS Rajasekhara Reddy would never vote for the Congress party, which joined hands with the TDP, even as the inquiry on the attack on YSRCP President YS Jagan Mohan Reddy was sidelined by the TDP government and after poaching 23 YSRCP MLAs.

Analysts also suggest that the social communities would play a crucial role in the December 7 polls. While the law and order situation was largely under control in the last four years, it should be said that the Seemandhra people in Hyderabad were happy with the governance. On the other side, they are impressed with KTR’s special interest in the Hyderabad IT corridor. With the construction of new highways and flyovers in various parts and seamless power supply, KTR tried to strike a chord with the voters in the meeting.

Hence, it should be inferred that the Seemandhra voters, barring a few TDP workers, would go by their conscience while voting and not on the narrative that they should support a Seemandhra party. Chandrababu is trying to project Nandamuri Suhasini as a face of the Nandamuri family and as a representative of the lakhs of Seemandhra people in Hyderabad. With this, there arises a doubt if the tranquility would be disturbed by Chandrababu’s Andhra-Telangana divide.

Pawan Kalyan, who recently turned anti-TDP, was highly vocal against Chandrababu in recent times. He went on to say Chandrababu disturbed the morale of the people by mortgaging the State of Andhra Pradesh to the Congress leaders. So, the Janasena supporters might vote in favour of the non-Congress, non-TDP candidates whereas the YSRCP supporters would naturally follow suit.

All in all, it appears that the TDP should not go by the numbers from the previous election. The people of Seemandhra might overlook Chandrababu mainly due to the fact that they are gradually mingling into the social fabric of Telangana. However, it wouldn’t have been the case if the Congress hadn’t tied up with the TDP. But, the Congress, which is ambitious for the TDP vote base, seems to have missed the trick. #KhabarLive