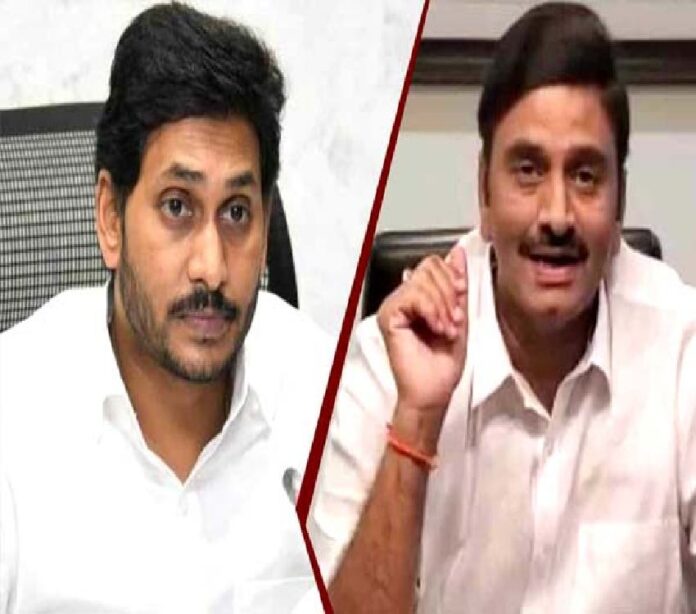 Amidst the unprecedented crisis triggered by Covid-19, when limited resources of the state have been stretched beyond limits, nobody would have expected AP Chief Minister Jaganmohan Reddy to make a political move.

The sudden arrest of YSR Congress leader and member of the Lok Sabha from Narasapur K. Raghurama Krishnamraju in West Godavari district of Andhra Pradesh has raised many eyebrows, mainly because of its timing.

Political observers feel this was not expected of a democratic ruler who has tasted extraordinary success by bagging 86% of the total seats in the Assembly. Nobody would have objected to Jagan teaching a lesson to the estranged MP for his objectionable behavior, including use of unprintable language against the YS Jaganmohan Reddy’s government, had it been timed properly. People in general feel that the government erred by proceeding against the MP at a time when the entire administration is supposed to focus its efforts on battling the pandemic.

Raghurama created an impression that he is in the good books of Prime Minister Narendra Modi and the BJP brass. This irritated YSRCP big wigs so much that the party had to approach the Lok Sabha speaker for his possible disqualification. He then trained his gun at Jagan and started criticising his government’s policies, all the while alluding to corruption.

Apparently, the AP government waited for the completion of elections to the local bodies before taking action against the MP. Then the government set his birthday as muhurat for his arrest.  The government did not bother about the political fallout of this decision, amidst its duty in the ongoing war against the second wave of Covid-19.  It did not matter to the government that it would divert attention from the key issues on hand.

As expected, steps launched to bring awareness among the general public to contain Covid-19 and monitor the process of conducting tests have taken a back seat, following the arrest of the MP.  Unfortunately the vaccination programme had to be suspended due to scarcity of vaccine doses. Procurement of vaccine stocks to cater to the needs of the state has become an uphill task for the state government, which has of course decided to place global tenders for the purpose.

It is obvious that Raghurama has been courting suspension or expulsion by the party.  YSRCP has been pressing for his disqualification. It is simply not possible for Raghurama to replicate the moves of Rajya Sabha members belonging to TDP –Sujana Chowdary and CM Ramesh and others –who defected with the help of TDP numbers in the Upper House. The strength of YSRCP in the Lok Sabha (22 members) has become a stumbling block for Raghurama to go their way.

Ruling party cadre now boast that their government has taken stern action against its own MP. Raghurama has allegedly taken hundreds of crores of rupees as loans from various nationalised banks, including SBI. It would have been understandable had his arrest been made on such issue, along with proper evidence of misuse of public money, if any.

Raghurama had claimed torture while he was in custody. Although this claim has been rejected by a medical team appointed by the AP government, the Supreme Court has given him relief by ordering medical examination of the MP in a military hospital in Secunderabad.  Had the state government agreed to allow the MP to go to a private hospital in Guntur, there would not have been another examination at a military hospital.

One can see that caste equations are at play again. Raghurama has suddenly been disowned by leaders of the Kshatriya community to which the latter belongs. They have taken the government’s side and clarified that comments made by the MP against the Jagan government are in no way connected to their community. Leaders of that community in the ruling party boasted that Jagan had shown respect for their caste by allotting three Assembly seats out of seven in the Narasapur Lok Sabha constituency.

The provisions of law under which the MP has been booked are hazy for the general public. There is a mention in Raghurama’s case of his creating ‘disaffection against the elected government’. Does this mean there should be no harsh criticism against the government?

After all, it is common among opposition parties which prefer to level allegations against the government.  For example, Jagan, during his stint as Leader of the Opposition, made shocking comments against then chief minister Chandrababu Naidu during the campaigning of Nandyal bye-polls by stating that the latter should be ‘shot on the middle of the road for his misdeeds’. The police did not find it objectionable then. A criminal case was registered by the Kurnool police, basing on a complaint made by a local leader of the ruling party against Chandrababu Naidu, for allegedly making comments on the presence of Covid-19 new variant in Kurnool that reportedly created panic among public.  AP Minister S. Appalaraju allegedly made similar comments and the police at Guntur registered a case against some TDP leaders who had gone to the police station for lodging a complaint against the minister for violating Covid norms!

The system needs to be perfect towards all, irrespective of parties and persons. The operators of the system must be unbiased.  They should not become a tool in the hands of rulers. Otherwise, people will lose their confidence in the system.

The foregoing is the essence of what the architect of Indian Constitution Dr.B.R. Ambedkar underlined during the meeting of the Constitution’s drafting committee on 28 November, 1949. Will the operators lend their ears to Baba Saheb? #KhabarLive #hydnews