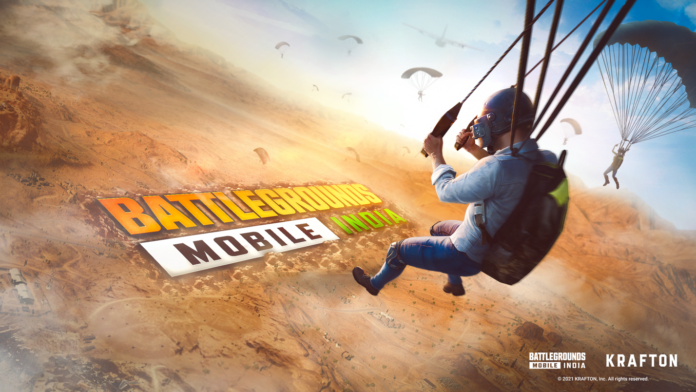 Back in 2019, PUBG Mobile burst into India and became one of the most popular mobile phone games out there. It was not uncommon to see everyone glued to their phones playing the game.

Sadly, in September of 2020 when the game was enjoying its furthest heights, the Government of India came down on it with a harsh ban. However, PUBG is back in a new iteration tactfully labeled Battlegrounds Mobile India that started its pre-registration from 18th May 2021. This article will explore the history around the ban, and how Battlegrounds has aimed to circumvent that.

Why Was PUBG Banned?

There were multiple reasons why the banning of PUBG was decided.

Allegedly, these apps made by Chinese developers were siphoning information to China. Hence, the Government of India started banning their use in the country for security concerns. Unfortunately, PUBG Mobile was also one of the unlucky ones. Because it was owned by Chinese tech giant Tencent and the fact that the violent gameplay made it unpopular anyway, it was caught in the perfect storm, until finally PUBG too was banned through the government notification from September 2020.

The ban now meant that no one could access the PUBG servers from India or download it from the play store. Many players did not lose faith and continued using various alternatives such as VPN connections to servers or downloading the APK from other websites. For a time these methods worked but soon, these too were removed, and the ones which did work didn’t give a good gameplay experience because of the network lag.

PUBG being tailor-made to fit the laws of a local region was nothing new. There were already region-specific PUBG variants such as PUBG Korea for South Korea, and Game for Peace in China. Technically, all PUBG needed to do was remove its attachments to Tencent and escape the label of being a Chinese app.

The development of the game shifted from Tencent to a South Korean game development studio called Krafton. Hence, Krafton rebranded PUBG Mobile as Battlegrounds Mobile India. Interestingly enough, this ‘Indiafication’ of the game might be a smart tactic to appease the Government’s approval and detach itself as much as possible from the Chinese image it had. Even their logo is a tricolor like the Indian flag!

According to the leaks and speculation Battlegrounds, Mobile India will have the same gameplay loop as the original PUBG Mobile. Players will be dropped off on a deserted island. They will then have to hunt for weapons and survive the incoming storm. The goal of every match is to be the last survivor who wins the chicken dinner. This classic game mode can support teams of up to four players, meaning that you can have fun alongside your friends too! There are many different kinds of weapons, as well as support items like grenades and medicine kits. The maps also feature a wide collection of automobiles like bikes, boats, jeeps, and buggies to help you get around from one place to another and escape to the safe zone.

There is also speculation that alternative game modes will also be present. This includes the very popular Arena Deathmatch mode where two teams fight each other on a small map. The players respawn infinitely and the first team to score 40 kills wins the game. Other modes such as Sniper Training, War mode, and Gungame are also very popular.

Your player-level progression allows you access to many cosmetic items such as outfits and clothing or skins for your weapons that you can use to customize your characters. You can get many of them for free, but the best skins are always to be found in the Premium and Classic crates!

A huge detail that is being speculated is that you will be able to transfer your level progress, statistics, achievements, and all the skins you own on your Battlegrounds Mobile India account. This is a great blessing for veteran PUBG players as now their progression and hard work will not go to waste.

So what are you waiting for? The Pre-registration is open from 18th May. If you register yourself in time you will be able to get early access to the game before it is officially launched. Now that PUBG is back in India, save your money to buy mobile gaming like headphones, and triggers, polish your skills again and get ready to climb the ranked matches all the way up to Conqueror. The Battlegrounds of Erangel are ready, and what they’re waiting for is you to jump in! #KhabarLive #hydnews