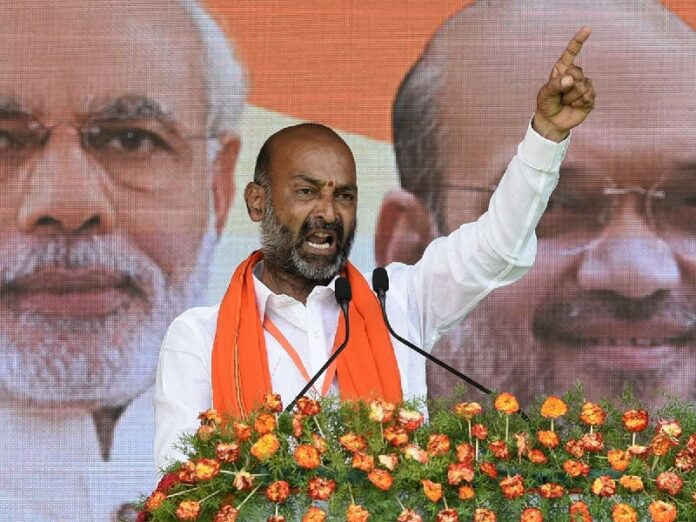 The sooner the BJP realises the folly of its divisive agenda, the better it would be for the party’s future. Stoking public fears over an imaginary enemy and invoking victimhood card have been the time-tested strategies of right-wing politicians to expand their appeal across the world.

Such xenophobic narratives invariably result in creating social disharmony and dividing people along religious, ethnic and other identities, often with dangerous consequences. It is this devious design that appears to be at play as the BJP is pursuing an unabashedly communal agenda in the ongoing campaign for the elections to the Greater Hyderabad Municipal Corporation (GHMC).

Such is the level of desperation among its leaders to expand the party base that they have been pushing the envelope hard and hitting a new low each day in campaigning. Of particular concern was State BJP president Bandi Sanjay’s belligerent rant on how his party would conduct a ‘surgical strike’ on the old city after the GHMC elections. As a member of Parliament and a leader in a responsible position, he should be ashamed of himself for making such a reckless remark.

One wonders whether he considers the old city as an enemy country and its residents as terrorist supporters. It is also highly irresponsible on the part of Sanjay and his party colleagues to make an election issue out of Rohingya refugees and foreign nationals overstaying in the city beyond their visa period. This amounts to an outright attempt to communalise the campaign. By dubbing parts of the old city as the hub for terrorist activities, the BJP leaders are indirectly targeting the minorities and vitiating the political atmosphere.

Fortunately, the divisive campaign has no takers among the people of Hyderabad who want their city to maintain the tempo of development and continue to be the favourite international destination for investments and innovation.

One would expect the opposition party to stay focused on development issues in an election for the civic body instead of raking up communal passions. If the BJP sticks to its agenda of polarisation and stokes divisions in society, it will lose whatever little support it now has among the people.

The party must do an honest introspection of its campaign strategies. The sooner it realises the folly of its divisive agenda the better it would be for the party’s future. Unfortunately, the brash and rabid Hindutva that revels in the binary narrative of nationalism versus the ‘Tukde Tukde gang’ has now come to occupy the centrestage of the BJP’s ideological positioning across the country.

By claiming that those who vote for the ruling Telangana Rashtra Samithi (TRS) are supporters of Pakistan, China and Bangladesh, the BJP leaders have plumbed new depths in the vicious campaign. Economic development and social harmony must be the focus of parties seeking public mandate. #KhabarLive #hydnews