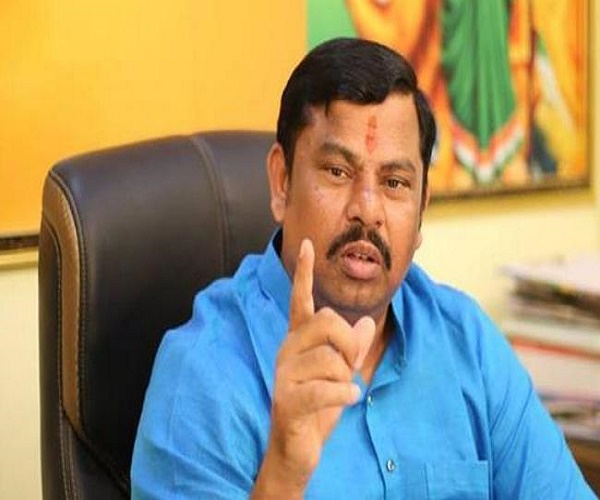 On the basis of intelligence inputs and life threat, Telangana Police strictly advised Goshamahal MLA T Raja Singh in Hyderabad to be cautious while travelling out from home. He suggested having a bulletproof car provided by the police department.

In view of a grave security threat, the Hyderabad police have advised Raja Singh, the BJP lone member of the Telangana Legislative Assembly, not to move around on a two-wheeler and travel by a bullet-proof car allotted to him by the government.

In a letter to Raja Singh, Hyderabad Police Commissioner Anjani Kumar said that providing proper security to him was a priority.

“It is to inform that due to your threat perception, enhanced security has been provided to you and security personnel are also being alerted and checked from time to time. Special training has been organised for all your PSOs periodically,” said the letter dated August 28.

The police chief wrote that on occasions, the MLA is seen moving around on a motorcycle.

“This poses a grave security threat to you. Therefore, your kind cooperation is solicited to ensure proper security. That you kindly completely avoid moving on a motorcycle and travel by the bullet-proof car allotted. The government have provided this car only for your security,” it added.

Raja Singh, who is known for making controversial statements and was also booked by the police on various occasions, represents the Goshamahal Assembly constituency in Hyderabad.

He was recently at the centre of a controversy that erupted after a report in the Wall Street Journal that Facebook’s content policies favoured the BJP.

The MLA however, claimed that he never posted any inflammatory content on social media. He added that his official Facebook account was hacked and blocked in 2018.

The US newspaper quoted unnamed Facebook insiders that one of the India policy executives intervened in an internal communication to stop a permanent ban on Raja Singh after he allegedly posted communal, divisive content. #KhabarLive #hydnews