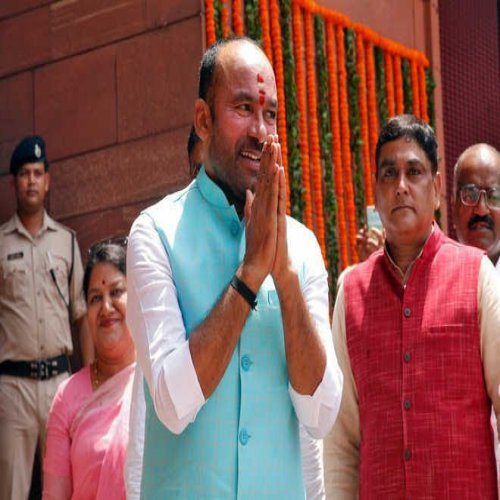 There has been a growing demand to set up a Liberation Day memorial in Hyderabad to remember the merger of Hyderabad State into India in 1948. The demand was reiterated by the Union Minister G Kishan Reddy, who is also a BJP MP from Secundrabad by asking the Telangana Chief Minister K Chandrashekhar Rao (KCR) to make the memorial a reality.

As the Liberation Day falls this week, Reddy has written a letter to KCR and released to the media where the Union Minister has asked the chief minister to allot land to build a memorial to commemorate the Telangana liberation struggle. He has written that present and future generations should know about the struggle and take inspiration.

It may be mentioned that the idea of observing and celebrating the Liberation Day does not go well with the All India Majlis-e-Ittehadul Muslimeen (AIMIM) Party, which is a friendly party for the ruling Telangana Rashtra Samithi (TRS). The TRS has been evading responding to this demand in the past.

The Union Minister has said people of Telangana wish to see a special memorial centre, highlighting the history of the state’s freedom fighter. Reddy has said he has discussed the matter with the Union Tourism Minister, who agreed to provide funds for the memorial.

The Liberation Day is a low-key affair in Hyderabad and is observed on September 17 by some political parties like the BJP. The Union Minister has also said the Centre was ready to establish a grand memorial centre, which would be an inspiration for future generations, if the land is allocated in Hyderabad.

This is not for the first time that the demand for highlighting the Liberation Day has arisen. In 2016 to the TRS had rejected Vice President (then Union Minister) M Venkaiah Naidu’s suggestion to officially celebrate ‘Hyderabad Liberation Day’ on September 17. The TRS termed the move as an attempt at “divisive politics”.

The TRS stand on the issue has remained that “Telangana people do not believe in the Liberation Day. We believe in a day where Telangana state came into being”. #KhabarLive #hydnews