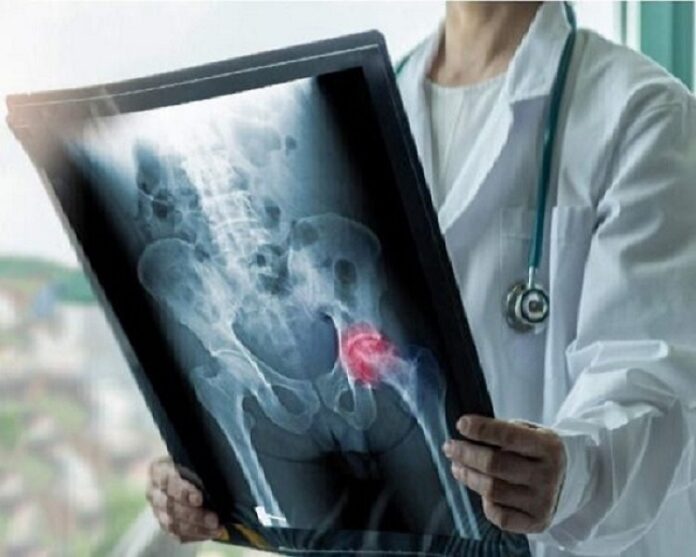 Some of the things we have been more systematically documenting are the host of issues that many have reported lingering post-COVID-19 – such as chronic fatigue. Other things we have noted are how it makes some people vulnerable to other ailments, such as depression and anxiety, mucormycosis, and now – avascular necrosis (AVN) or bone death if steroids have been strongly used to treat COVID-19. 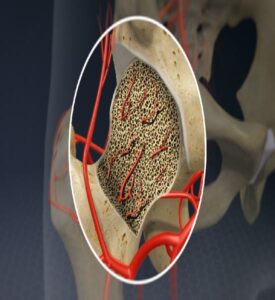 As the pandemic continues for a second year, there is a lot that we are still learning about COVID-19 and how it affects the body. AVN is a result of temporary or permanent loss of blood supply to the bone. According to John Hopkins Medicine, the cut-off of blood supply causes the bone tissue to die, and when left untreated, can lead to collapse of the bone. While the condition can happen in any bone, AVN is common in the hip joint.

More post-COVID-19 patients with prolonged steroid use for treatment are now reporting with AVN, doctors have observed. Dr Anand Jadhav, Orthopaedic Specialist at Apollo Spectra Pune, says that out of the 10-15 AVN patients he is seeing per month, half are post-COVID-19 cases.

Why does steroid use increase AVN risk?

It should be noted though that the link between steroid use and AVN is not new. A study published in the Indian Journal of Orthopaedics in 2018 found that out of the 249 patients with AVN surveyed, in most of them – 37.3% (93) – AVN was associated with steroid administration, followed by unknown causes (21.3%) and chronic alcohol consumption (20.1%).

Dr Basavaraj CM, an orthopaedic, pelviacetabular and revision joint replacement surgeon at BGS Gleneagles Global Hospital, points out that they have to watch out for AVN in patients with other ailments – like asthma – who have been on steroids for longer periods of time.
Dr Anand explains, “Steroids affect fat metabolism and cause very tiny fat globules to form. These can end up choking blood vessels to the joint.

Think of it like sand in water pipes – the sand will not allow water to flow. If not diagnosed and addressed, this can cause bone death.”
Though predominantly found in the hip joint, AVN can commonly occur in the shoulder joint, talus bone of the ankle, femur and scaphoid in the wrist.

Another post-COVID-19 complication that can cause bone death is mucormycosis or black fungus. Dr Muthukumar, Director, Institute of ENT at Government Hospital, tells #KhabarLive that mucormycosis affects the entire tissue in a region, not just bone. Here, bone death occurs not due to steroid use, but due to the fungal infection itself.

Dr Muthukumar had earlier told #KhabarLive that stage 1 and 2 of mucormycosis affect the nose and paranasal sinuses. Stage 3 is when it spreads to the eyeball. “Once a bone is gone in such cases, we cannot save it. We have to remove it. We have already seen many cases of maxilla (upper jaw) getting affected. A person can survive that.

However, when the infection spreads to the base of the head to the skull is when the dangers are very high as it can affect the brain,” he says.

In recent times, there have also been some cases where bone death in the neck and skull were suspected to be AVN. However, when samples were sent for histology, evidence of mucormycosis was found. “It was probably not detected and diagnosed. But when post-COVID-19 bone death is related to head, face and neck, it is usually due to mucormycosis. Similarly, we have not seen any case where bone death in a long bone (like femur) or hip is due to black fungus,” Dr Muthukumar says.

How is AVN treated? 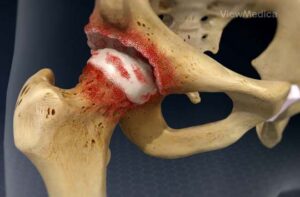 Doctors divide AVN progression into four stages, as usually seen in the hip joint. In stage 1 and 2, the blood supply is cut off, painkillers are prescribed to manage pain, and a simple procedure called core decompression is done. It involves drilling near a joint in the area of the dead bone to allow increased blood flow by slowing or stopping further destruction.

Dr Anand explains that the drilling helps release pressure, thus providing pain relief. “Then, once channels are created, plasma rich blood from the patient’s body is injected into the channels, forming streaks of bone that will support the ball of the hip and prevent collapse.”

Depending on the treatment that a patient can afford, two more options are available. First is a Bone Marrow Aspirate Concentrate (BMAC), which involves extraction of cells from a patient’s bone marrow, concentrating them and injecting them into a drilled channel. “Bone marrow cells have stem cells that allow for regeneration of the bone,” Dr Anand explains. The second is an expensive two-step procedure, involving culturing osteoblasts (cells that form new bone) artificially from a patient’s bone marrow in a lab. After this is done, 4-6 weeks later, the patient is recalled for core decompression to inject the osteoblasts into the channels.

For stages 3 and 4 of AVN, the patient will usually have to opt for a joint replacement procedure. If the bone or joint affected are not weight-bearing – such as the shoulder – aggressive interventions are avoided. Dr Anand says that the incidence of joint replacement in post-COVID-19 AVN is almost negligible so far. Over time, if left untreated, AVN can cause an entire joint to collapse.

Signs and symptoms to watch out

The key, says Dr Basavaraj, is to identify AVN in the early stages to avoid the need for total reconstruction or replacement procedures. “If we educate post-COVID-19 patients that they have to watch out for pain, then the situation can be managed with core decompression which has a 50-60% success rate. It is very important for the patients, and particularly for those who have taken steroids during treatment, to watch out for pain around the hip, thigh and knee.”
Doctors suggest patients look out for the following signs:

AVN risk from COVID-19 itself

Dr Anand also cautions that the jury is still out on post-COVID-19 AVN and AVN that occurs due to other factors. It should also be noted that not all treatment for COVID-19 requires steroid prescription – such as in mild cases. And in severe cases, steroids have been found to be life-saving against COVID-19. Some doctors suspect that post-COVID-19 AVN could also develop because of how the coronavirus itself affects the body, and could be causing blood vessels to narrow and form blood clots. “So, it could also be a double whammy for some patients, putting them at increased risk of AVN due to steroid prescription and COVID-19,” Dr Anand says.

A recent study anticipates AVN resurgence due to steroid use in COVID-19 treatment, and studied three such cases. It found that the patients presented with AVN on an average of 58 days after COVID-19 diagnosis, even though previous literature shows that it generally takes six months to a year to develop AVN after steroid exposure. The study also noted that there isn’t consensus on the dosage and duration of steroids that lead to AVN development.

Dr Anand points out that in post-COVID-19 AVN, doctors need more time to observe the progression. “In some severe COVID-19 cases, we have seen bad lung scarring where there is little hope for the patient to survive and recover. But in some such cases, despite all odds and slow recovery, it has happened. Lung tissue has re-formed. Such cases make us hopeful that even post COVID-19 AVN could perhaps get resolved with minimal intervention like core decompression and medicines to prevent bone erosion, and the damage will stop or be reversed over time.” #KhabarLive #hydnews