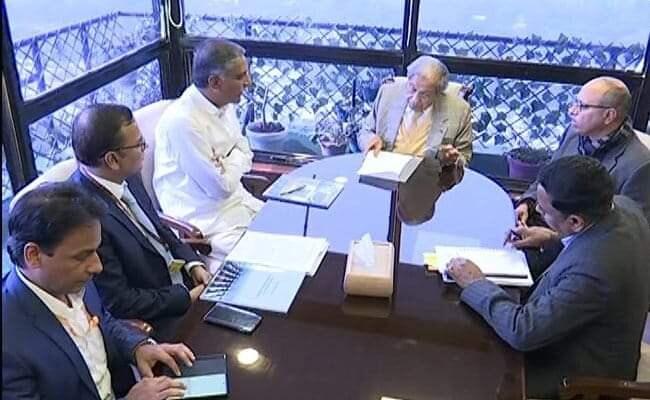 Telangana, which once claimed to be the richest state in the county, is facing severe financial crisis due to sharp reduction in revenues and also fall in the growth rate, so much that it is now desperately running after the Centre for liberal grants.

The chief minister also requested that the Centre should provide financial assistance for maintenance of the Kaleshwaram Lift Irrigation Scheme and Mission Bhagiratha.

He wanted the Centre to lift the curbs on borrowings and enhance the credit limit for the Telangana state so as to fund the infrastructure projects.

“The Chairman lauded KLIS and Mission Bhagiratha as some of the best projects in the country. Since the chairman will be submitting his report soon, I urged him to allocate funds for the maintenance of these two projects,” Harish Rao said.

He also sought Rs 5000 crore for speedy completion of Kalwakurthy and Nettempadu projects. With regard to Mission Bhagiratha, Harish Rao impressed upon the Commission chairman that the project was in line with the Central government’s proposed potable tapped water to every household in the country.

The finance commission has decided to hold its regional conference in Hyderabad considering the fact that the duration of the Commission has been extended for one more year. #KhabarLive