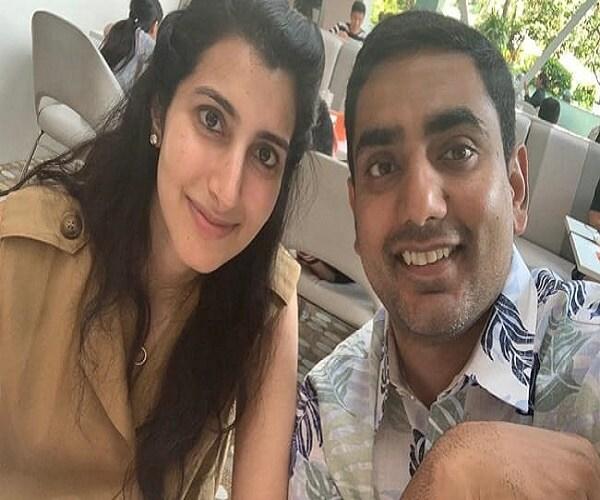 Has Telugu Desam Party president and former Andhra Pradesh chief minister N Chandrababu Naidu decided to bring his daughter-in-law Nara Brahmani into active politics of the party and hand over the reins gradually?

The answer seems to be yes, if the hush talk going on in the party circles is to be believed.

The way Brahmani participated in the meeting with TDP’s social media wing workers in Hyderabad on Sunday has lent credence to these speculations.

According to party sources, Brahmani had a serious interaction with the social media activists of the party and gave them a route map on how to highlight the achievements of the Naidu government in the past and compare it with the present Jagan government.

She reportedly gave them a series of directions as to how to counter the alleged fake news from the ruling YSR Congress party within minutes, while exposing the alleged corruption in the present government at every stage.

She told them to step up the campaign against the YSRC government and sharpen their knives.

Brahmani reportedly suggested how the social media workers should gain knowledge on various subjects so as to counter the ruling party’s campaign.

She pointed out how the TDP could expose the role of the YSRC leaders and cadre during the high-drama at Visakhapatnam airport last week.

The daughter-in-law of Naidu also gave a blue print for the party workers on facing the forthcoming elections to the local bodies and municipalities. She reportedly told them that she would be available to them any time.

Brahmani has decided to make extensive tours of the districts and get connected with the people first. She is preparing a schedule for her tours first, before taking a call on entering the direct politics.

Apparently, Naidu seems to have realised that his son Nara Lokesh has turned out to be a liability for the party than an asset, as the people have stopped taking him seriously and he has failed to emerge as the heir apparent of the party.

Even the TDP leaders and cadres have come to the conclusion that Lokesh cannot be a successor of Naidu and is no match for YSRC president and chief minister Y S Jagan Mohan Reddy in any manner.

That is precisely why Naidu has decided to bring in his daughter-in-law. Since she is directly from Nandamuri family, Brahmani can generate a lot of euphoria among the people and also the cadre.

Moreover, she is a very good speaker and being a Stanford-returned management graduate, she has tremendous knowledge on any subject.

Let us wait and see, how far this experiment turns into a reality. #KhabarLive