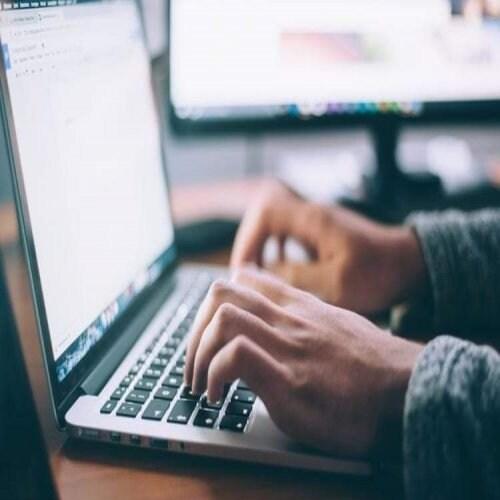 “Between the mountain of deliverables set by my company and the looming pile of dishes I need to wash at home, I don’t know which challenge is larger,” says 28-year-old Advaith, who works at an FMCG company in Hyderabad.

From March 20, this young professional, like many others, has had to work from home. But what had been a 10-hour workday, including travel, has turned into a nightmare for many professionals across the country, as they begin to ease into the concept of working from their homes. Employers, they allege, have forced workers to set aside the traditional concept of work timings and have adopted ‘waking hours’ as the new measure for productivity, to set deadlines and even to hand out new projects.

“Right now, all waking hours are working hours. There is no work-life balance,” laments Advaith.

“I start working at 9 in the morning and continue till midnight. Most of my colleagues and I worked through the weekend as well, which is not something that we would have been made to do if we were still going to office. This is despite working constantly with little to no breaks in between. Even the so-called breaks we take are used to quickly make lunch and dinner or wash the vessels and clean the house. I have given my house help paid leave, so that she can self-quarantine herself till the lockdown ends,” adds Advaith, who lives with a roommate.

Several employees who spoke to #KhabarLive from various sectors pointed out that their managers assume that they slack off more when they work from home and pile work on them.

“What they don’t understand is that we also have increased responsibilities at home now,” says 35-year-old Vivek. He lives with his elderly parents and works with the back-end support team of an international bank and has been forced to work for 12 to 14 hours a day last week, in addition to working through the weekend to handle customer issues. “We are under a lot of mental stress already and our employers need to at least acknowledge this. Even buying groceries requires additional planning due to the timings that have been set. I used to order food for my parents and myself earlier, but I am afraid to do that now because we can’t risk infection,” he adds.

According to these employees, projects, which were originally meant to begin three months later, have already been initiated. While ideally a limited number of tasks should have been assigned at a time when household work, mental stress and hurdles are increased, several companies have done the opposite. In addition to this, the lack of necessary infrastructure— high speed internet, hardware or privacy at home, has added to the frustration of workers.

34-year-old Deepti, who works in the field of conversational Artificial Intelligence, has been contemplating taking leave on loss of pay since the lockdown began. While her company offers flexible hours and is understanding of her need to juggle work, household chores and raise a six-year-old child, it still doesn’t solve her problems.

“My husband and I wake up at 5 am to finish whatever chores we can and then settle down to work. But even then we are unable to give the job our complete attention. At least once in 20 minutes I have to focus on my child who needs monitoring, help or a snack. In addition to this, being at home all day and unable to meet her friends, really affects her mood,” says Deepti. “I have given up on having time limits for her to watch television because I don’t have the mental space or energy to do things with her. In fact, the other day, she watched something inappropriate on YouTube and I had to remove the application itself from our viewing list,” she adds.

Deepti says her colleagues too are facing similar challenges.

“I feel like I am unable to adequately focus on the task at hand and my child together” she says. “This is not like a regular work from home situation where all other factors are stress-free. We are currently facing an unprecedented situation where our mental health is being affected by the additional workload,” she adds.

Even the union of IT and ITES employees (UNITE), has raised this matter of additional work given to employees.

They have demanded that work hours be reduced to six hours for the duration of the lockdown, without the expectation of meeting usual levels of productivity.

UNITE also demanded that a law be enacted where employees have the right to disconnect after working hours. “Work from home blurs the line between work time and personal time. This leads to expectations to check and reply to their work phone calls and emails out of work hours. This can aggravate stress, burnout, sleep problems and introduce relationship difficulties,” it stated.

The additional expenses of internet and electricity that employees incur too must be borne by the companies, UNITE demanded.

A partner-consultant from an international tech firm who handles a team of seven persons points out that only empathy and policy changes can rescue employees from the current situation.

“The pressure I get from my boss will go to my team through me. There is this general perception that employees don’t work as much from home. But in fact the situation is the opposite,” says 49-year-old Latha*. “Senior employees need to understand that responsibilities have increased with there being no external help or even the usual reliance on relatives to pick up the slack or for childcare. We need to have some sort of crisis management system which will also set guidelines on how employees should be treated when there is a pandemic, health crisis or any unusual disaster. Going forward, only putting systems in place will aid the situation,” she says. #KhabarLive