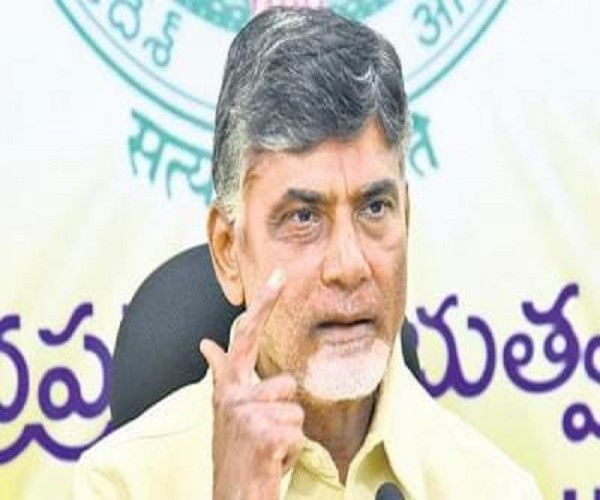 Chandrababu Naidu’s decision to withdraw general consent given for CBI investigation within the jurisdiction of the state kicks off a major political storm in Andhra Pradesh.

The BJP national spokesperson GVL Narasimha Rao accuses it to be an attempt to shield corrupt as part of Naidu’s plans to build what he describes as anti-BJP grand alliance of corrupt parties. The BJP rightly sees in Naidu’s sudden decision an effort to galvanise anti BJP sentiment . Naidu’s strategy is evident from West Bengal Chief Minister Mamata Banerjee not only welcoming her Andhra counterpart’s decision, but even followed a similar course in her own state.

Andhra Pradesh government through GO NO 176 issued few days ago withdrew the general consent given to CBI for investigating the cases within the jurisdiction of the state through the GO No 109 issued on August 3 , 2018.

Notwithstanding the political cacophony over the dramatic decision of Naidu government , the issue merits a detailed look.

The BJP demands President’s rule in the state describing Naidu’s decision as undermining the centre. But, there is no room for such a move as per the Supreme Court order in SR Bommai verdict as Chandrababu Naidu government’s decision does not entail a breakdown of Constitutional machinery, the ground on which President rule can be imposed as per Article 356 of the Constitution of India.

Andhra Pradesh government is well within its constitutional right to withdraw general consent as per the section 6 of the Delhi Special Police Establishment act of 1946(central act 25 of 1946 ). Supreme Court in Kazi Lhendup Dorji versus CBI (1994) has also upheld the power to withdraw the consent. However, the apex court order meant that it would only apply prospectively but not to the ongoing cases. As per the law that is the basis for setting up of CBI or the apex court verdict of 1994 , the Andhra Pradesh government is legally empowered to withdraw the general consent which itself has earlier granted.

Police investigation is in the state list and therefore state government consent is required for CBI to undertake investigation within the jurisdiction of that particular state.

However, Naidu government’s decision is certainly not a good measure as it would only further the interests of the corrupt. But, this does not mean the state government has no right to do so.

The argument that Andhra government has done so to prevent CBI taking up the case of assault on YS Jagan is simply unfounded and erroneous.

The state police has already filed a criminal case in the matter and it is already investigating it. The CBI cannot take up this case suo moto unless the state government makes a specific request to this effect and the centre agrees for it. The state government has already rejected the demand for CBI probe .Therefore, whether or not there is a general consent, the matter cannot be taken up by the CBI on its own.

The YSR Congress has already gone to High court praying for third party inquiry. If the court orders CBI probe , the state government’s consent is not required as per the law. Linking the Naidu government’s decision to withdraw general consent to CBI with that of the case of assault on YS Jagan is , therefore, unsubstantiated .

But, why did Chandrababu Naidu government did so? It is a political symbolism to indicate the protest over the centre’s handling of CBI and other democratic institutions . At a time when TDP is trying to rally all anti BJP forces, such move would create right eco system.

However, the CBI can seek state government’s consent case by case and investigate the cases in the state if the government accords such consent. The Supreme Court or the High Court can always order CBI probe and in such cases, the consent of state government is not required. #KhabarLive