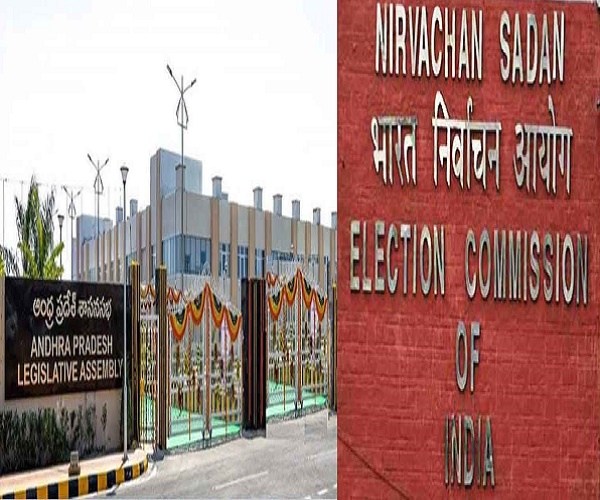 Elections to Andhra Pradesh Assembly and Lok Sabha, as of present, will go down in history as the dirtiest elections of the century. The country had seen many Prime Ministers including Indira Gandhi who was considered to be an iron lady. But even during her regime such a situation was never witnessed.

The way the Election Commission of India transferred some police officers in Andhra Pradesh raises certain fundamental questions and several doubts. It makes one wonder if the EC has lost the teeth it had shown when Tirunellai Narayana Iyer Seshan popularly known as T N Seshan was there.

He was a terror and was a man who strictly went by the rule book and refused to budge or bend under any kind of pressure. He was a man open to new ideas and followed the constitution in letter and spirit.

But such toughness has not been seen by his successors. It is a fact that the entire administrative machinery including the police comes under the direct control of the ECI. One may argue that such transfers is a routine thing. But then why did the present act of EC become a matter of controversy? The ECI acted in a lightning speed even without trying to find out the genuineness of the complaint.

ALSO READ:  Health Is Wealth, But Where Is The Minimum Wealth To Create Health?

Experts say that section 28 clearly states that intelligence officers do not come under the purview of the ECI. They also feel that the ECI had perhaps violated the People’s Representation Act. Well this is a matter which the courts have to decide. Of course, other motives are also being attributed but then they are all allegations which cannot be substantiated.

But the questions that are troubling the common man are why did the ECI take immediate cognisance of the complaint by YSRCP and why such speed was not shown with regard to similar complaints filed by Telangana Pradesh Congress Committee during the TS Assembly elections held couple of months back.

The Congress party had then demanded that the DGP be kept away from election related work. But the EC did not bother. They alleged that lakhs of names were removed from electoral rolls but there was no action. On the other hand, the CEO after the polls admitted that some names got deleted and he was sorry for it.

In case of AP, the main opposition leaders four days ahead of the decision told media that they would be submitting a representation to ECI on Monday and it would take action on ‘Tuesday. Exactly the same thing happened.

The Election Commission however said that the action taken by them was only a simple transfer of certain officials who have come to adverse notice and that no punitive action has been taken and that the transfer of SP Kadapa will not affect the ongoing investigation of the murder case of Y S Vivekananda Reddy.

It also took a stand that the security of CM is taken care of mainly by NSG Black Cat commandos. True but then their job is to protect the CM in case of any attack and not to do the job of intelligence. Somehow, somewhere some logic seems to be missing.

The Commission directed that Venkateshwara Rao, who was recently promoted to the rank of director general, be attached to the police headquarters. He was asked to hand over the charge to a senior most officer in the Intelligence department and that he should not be assigned any election-related work till completion of the ongoing elections to the state assembly and Lok Sabha. #KhabarLive