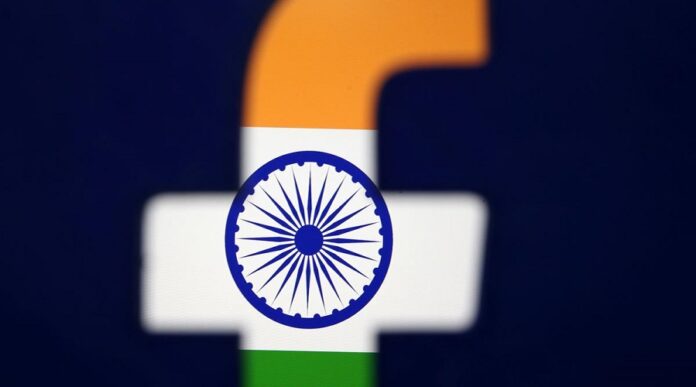 Social media giant Facebook said the company prohibited hate speech and content that incited violence and enforced these policies globally without regard to anyone’s political position or party affiliation.

The Congress has sought parliamentary panel investigation after a report said a Facebook executive opposed the idea of removing incendiary posts by BJP leaders.

A controversy erupted after an article published by The Wall Street Journal on August 14 reported that a senior Facebook executive opposed the idea of removing incendiary posts by Bharatiya Janata Party leaders, warning that this could hurt the company’s “commercial interests” in India. Ankhi Das, its public policy director for India, South and Central Asia, had also not revealed that Facebook had deleted fake news pages connected to the saffron party, according to the report.

“We are making progress on enforcement and conduct regular audits of our process to ensure fairness and accuracy,” a Facebook spokesperson said.

Meanwhile, Das has filed a complaint with the Delhi Police Cyber Cell Unit against a number of people for issuing life threats.

The Congress called for a parliamentary panel to investigate what it said was favorable treatment by employees of Facebook overseeing Indian content. After that, Congress MP and Parliamentary Standing Committee on Information Technology chairperson Shashi Tharoor said they would like to hear from Facebook about the report.

Former party chief Rahul Gandhi also accused BJP and its sister organisation Rashtriya Swayamsevak Sangh of controlling Facebook and WhatsApp in India. “They spread fake news and hatred through it and use it to influence the electorate,” he tweeted. “Finally, the American media has come out with the truth about Facebook.”

However, Union minister Ravi Shankar Prasad criticised Gandhi and called him a “loser”.

The Opposition party questioned why the Centre was afraid of an investigation by a joint parliamentary committee and said Prasad could be part of the panel.

Earlier, On the allegations of the BJP has weaponised social media networks for political use.

The BJP addressing social media workers in Rajasthan in September 2018, Amit Shah made startling revelations about how the party’s famed social media machine operates. “We are capable of delivering any message we want to the public, whether sweet or sour, true or fake,” he claimed.

This was not an empty boast. He spoke of an instance where a BJP worker had made a fake story go viral in the run-up to the Uttar Pradesh assembly elections in 2017. The story claimed that Akhilesh Yadav of the Samajwadi Party who was chief minister at the time had slapped his father, Mulayam Singh. “We were able to do this only because we had 32 lakh people in our WhatsApp groups,” said Shah.

As is evident, social media in India is flooded with posts favouring the BJP. Several of the stories are fake. Some even find a way into traditional news outlets.

A report on Friday by the US newspaper, The Wall Street Journal could help explain how the BJP has been so successful at its campaigns in the virtual world. The newspaper alleged that Facebook, the largest social media company in the world, which also owns WhatsApp, the most popular social messaging app in India, had bent over backwards to favour the BJP – even going to the extent of ignoring hate speech by party leaders.

As an example of the company’s bias, the report claimed that in the run-up to the 2019 Lok Sabha election, Ankhi Das, its public policy director for India, South and Central Asia, had kept under wraps the fact that Facebook had deleted fake news pages tied to the BJP.

Even more troubling, the newspaper claims that Facebook kept allowing hate speech by BJP politicians on its platform, wary that censoring members of the ruling party could hurt its business prospects in India.

A BJP MLA in Telangana, T Raja Singh, was flagged by Facebook’s internal mechanisms for pushing ideas that included calls for killing Muslims for eating beef, demolishing mosques and even having Rohingya Muslims shot dead. This meant that Singh was not only guilty of hate speech but by Facebook’s own internal standards tagged as a “dangerous individual” – a category that took into account the ability to spark real-world violence.

But Das, says the report, opposed a ban on Singh. Her argument won the day – Singh is still on Facebook.

This isn’t the only example. In June, in a video call with with 25,000 Facebook employees, CEO Mark Zuckerberg spoke about a case in India of a leader threatening to take the law into his own hands as a “clear precedent” of incitement of violence. From the context, he seemed to be referring to BJP politician Kapil Mishra’s February speech in Delhi threatening violence against people protesting India’s new citizenship law.

ALSO READ:  How Violence Against Women In India Can Be Stopped By Training Police Officers?

Within hours of the speech, deadly violence broke out. Facebook took down the video of Mishra making the threat but the politician was not banned from Facebook and still operates a verified page on the platform.

The third and most senior politician mentioned by the Wall Street Journal is former Union minister and MP Anantkumar Hegde, who had posted misinformation about Muslims spreading about Covid-19.

While the Wall Street Journal report is the clearest link yet between Facebook and the ruling BJP in India, it is not the first.

The report said: “As Modi’s social media reach grew, his followers increasingly turned to Facebook and WhatsApp to target harassment campaigns against his political rivals. Hindu extremists who back Modi’s party have used social media to issue death threats against Muslims or critics of the government.”

A year before that, the Guardian had published a report that highlighted just how good Ankhi Das’ connections were in the Modi government. “We used to joke that it was like she was Modi’s granddaughter,” one Facebook executive told the paper.

In the Indian media, Caravan magazine published a story in 2018 that reported on how an investigation it had done on allegations of corruption against Amit Shah’s son Jay Shah had been throttled by Facebook. This highlighted the power of the platform, given its position as a publisher that most news outlets now rely on.

Later that year, the Newsclick published a five-part investigation showing how “senior employees of Facebook in India have in the past worked, and continue to work, very closely with the country’s ruling Bharatiya Janata Party and Narendra Modi since 2011”.

After the BJP’s thumping win in the 2019 Lok Sabha elections, the matter was even raised in Parliament. “Facebook’s senior management in India are de facto campaign managers for the BJP,” Trinamool’s Derek O’Brien claimed in June. “Facebook censored anti-BJP news and put other parties at jeopardy and I say this with all responsibility. The Facebook algorithm censores anti-BJP content.”

While the Congress has mostly remained silent on this, on Sunday, the party’s former president Rahul Gandhi highlighted the Wall Street Journal report to criticise Facebook. “BJP & RSS control Facebook & Whatsapp in India,” tweeted Gandhi. “They spread fake news and hatred through it and use it to influence the electorate. Finally, the American media has come out with the truth about Facebook.”

Dismissing Gandhi’s criticism, Union minister Ravi Shankar Prasad called him a “loser” while arguing that “access to information and freedom of expression has been democratised”.

In spite of the global scrutiny around hate speech on Facebook, it is not very difficult to understand why the social network would be wary of angering the Indian government and the party that controls it. India is, by far, Facebook’s largest market in terms of users. With China walling off its own citizens from foreign social media networks, this situation will not change. In July, Facebook underlined the importance of India by investing Rs 43,574 crore in Reliance’s telecommunications company Jio.

The company’s main platform, Facebook, as well as its messaging app, WhatsApp, are critical to political messaging in India because of their unparalleled reach. Facebook has 290 million users in the country, according to July numbers by Statista. Indian users on WhatsApp, on the other hand, number more than 400 million.

Not only has the BJP weaponised these networks for political uses, it is increasingly moving to a model where its members cannot do politics without it. In 2018, for example, Modi asked each Bharatiya Janata Party MP to get at least 300,000 likes on their Facebook page.

Moreover, the BJP’s election backbone is built on WhatsApp, with the party building up an elaborate system of groups in order to push both ideological as well as electoral messages. #KhabarLive #hydnews