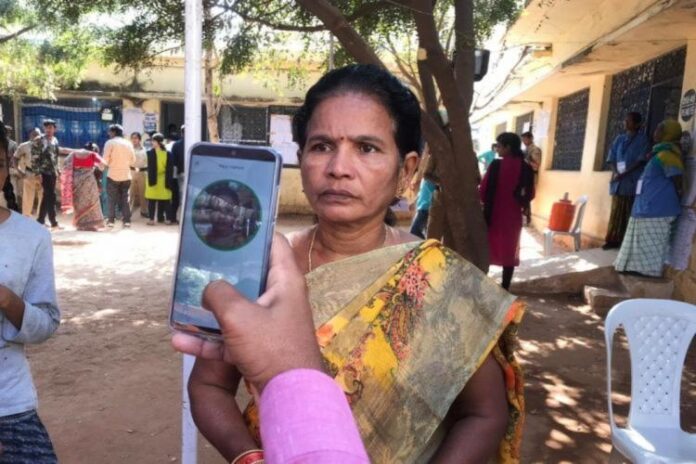 The AIMIM, which has called the use of facial recognition an infringement of the right to privacy, expressed shock at the decision taken by the SEC without convening an all-party meeting.

Without consulting political parties, the Telangana State Election Commissioner (SEC) C Parthasarathi announced that they were planning to introduce facial recognition systems in at least 150 polling booths in the Greater Hyderabad Municipal Corporation elections. The dates for the polls are yet to be announced.

At least one polling booth from the 150 wards will be used to experiment with facial recognition, according to the SEC. The announcement was made by SEC Parthasarathi during the concluding ceremony of the Te-Poll software training programme conducted for the GHMC officials.

The All India Majlis-e-Ittehadul Muslimeen (AIMIM) party, which has been principally opposing the use of facial recognition, calling it an infringement of the right to privacy, expressed shock at the unilateral decision taken by the SEC.

“This decision was taken in their internal meeting. They never asked us about what we have to say about the use of this technology. When an all-party meeting is held, we will register our protest. Our party position was always against the use of facial recognition,” said an AIMIM leader.

The AIMIM was the lone party from Telangana which had objected to the facial recognition system when it was used on a pilot basis in 10 polling stations during the municipal elections held earlier in January.

During the municipal elections, facial recognition was introduced as an additional security feature beside the manual verification. When #KhabarLive covered the story from these polling stations, we found out that many voters did not even know that they had an option of declining authorities to click their photos for validation. They simply thought that it was part of the ‘new’ voting system.

Citing the 2017 Supreme Court verdict of Puttaswamy v Union of India case, which upheld the right to privacy of citizens, the AIMIM had then argued that the facial recognition in the polls were being implemented without any “statutory basis.”

Raising objections against facial recognition, the party said that the database was prone to “misuse” and was “susceptible” besides employing such technology without absolute consent was a violation of right to privacy, they said.

AIMIM chief, Asaduddin Owaisi, recently said that he would be submitting a Private Members’ Bill banning the use of facial recognition and remote biometric surveillance technology. Pointing out the bias and flaws in the system, he said that the technology obstructs from freely exercising other rights for fear of surveillance.

The AIMIM leader said, “So far the only official communication we received from the Election Commission is regarding our opinion on whether we prefer ballot box or EVM, that too in writing. But when they convene a meeting regarding this, we will definitely object to their decision. On two counts we oppose this, one being this is not authorized by any election law and this practice can be misused.”

Besides using facial technology, the State Election Commission also plans to introduce e-voting process for senior citizens, persons with disabilities and polling personnel on a pilot basis. The modalities for this are being explored along with the Telangana IT Department, the SEC said. #KhabarLive #hydnews