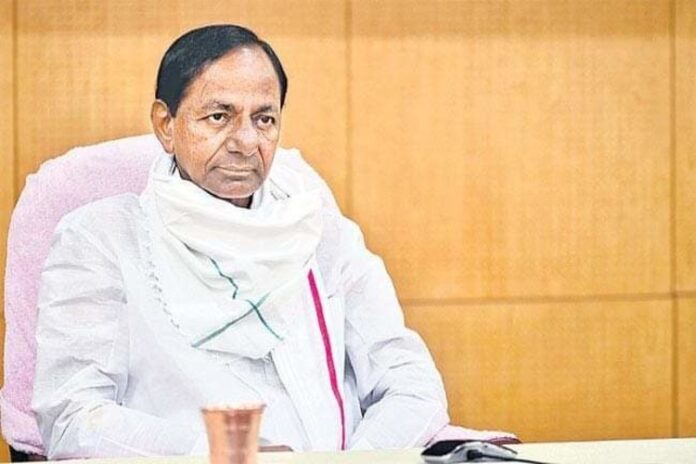 The Telangana Rashtra Samithi joining opposition ranks to boycott the Parliament session in protest against the passage of the “anti-farmer” agriculture reform bills may have surprised some, but not the BJP, a party it is often seen as friendly to.

Senior TRS leader K. Keshava Rao, who represents the party in Rajya Sabha, told #KhabarLive that the perception that his party is friendly to the BJP is “media created” and that it had opposed the farm bills because they are “anti-farmer, anti-people, anti-poor, anti-state and pro corporate”. The BJP, however, claims its growing footprint in the southern state is the main reason behind the TRS’ move.

In the 2019 Lok Sabha elections, though the BJP won only four of Telangana’s 17 seats, its vote share rose to 19.45 per cent from 7.5 per cent in the 2018 assembly elections, when it had won only one out of the 119 seats. The TRS won nine of the 16 Lok Sabha seats it contested while its ally All India Majlis-e-Ittehad-ul-Muslimeen (AIMIM) won one. The Congress secured a win in three seats.

Telangana BJP leaders say one of the main reasons behind the TRS not supporting the farm bills could be the realisation that the latter could emerge as its strongest rival in the state.

“There has been a substantial increase in the BJP’s vote share in the state in the 2019 parliamentary elections. The Congress as a primary opposition is almost dead in Telangana. It is left with just five out of its total 20 MLAs. The rest have joined the TRS,” said Telangana BJP spokesperson Krishna Sagar Rao.

“The TRS knows that the BJP is its real enemy in the state and, in 2023, it’s going to be a direct fight between the BJP and the TRS. That’s why this opposition. They want to blame us for everything.”

Not only did the party get far less seats than it expected in the Lok Sabha elections, Telangana Chief Minister K. Chandrasekhar Rao’s daughter and sitting MP K. Kavitha suffered a defeat. She lost to the BJP’s D. Arvind from Nizamabad seat by over 71,000 votes.

The BJP has also turned on the heat on the TRS over it’s inept handling of the Covid pandemic in the state. The Centre has ticked off the state government multiple times in the last five months on its failure to conduct adequate tests to contain the spread of the outbreak.

Addressing a virtual rally of party workers in the state last month, BJP president J.P. Nadda had accused the state government of “negligence” and being in a “state of slumber.”

According to Krishna, the immediate short-term compulsion for the TRS to oppose the bills could be the Greater Hyderabad Municipal Corporation (GHMC) elections, scheduled in December.

“GHMC has jurisdiction over 24-25 assembly seats in the state out of 119, and an adverse result will have an impact on assembly elections due in 2023.”

Calling the party’s move political opportunism, the BJP leader said that with its stand, the TRS wants to threaten the BJP that it will not be a part of the latter’s floor management plan in Parliament.

“Although till recently TRS was acting friendly to us, but now that KCR has been exposed in the state because of dire financial condition and the poor handling of the Covid situation, he is putting the blame on BJP,” he said.

Hyderabad-based political analyst Nagaraj, however, said that behind the TRS’ move to oppose the farm bills is Chief Minister KCR’s national ambition.

“Modi’s second term left a bigger vacuum at the national level. With the leadership crisis in Congress, there is no one in the opposition camp to fill the vacuum. KCR is seeing a bigger role for himself in national politics,” Nagaraj said.

TRS’ Keshava Rao insisted that his party does not support the BJP or any other party, but that its support is “issue-based”.

“We fought against the BJP in the past and will fight against it in future also. Our support is completely issue-based. If the issue is against farmers, against the poor, we will naturally support whichever party is opposing it,” he said.

The TRS is one of the opposition parties that was perceived to be friendly to the BJP at the Centre. In August last year, it was among the parties that supported the BJP during voting on the Jammu and Kashmir Reorganisation Bill, which abrogated Article 370 of the Constitution. Although the TRS opposed the Citizenship Amendment Bill during the first term of the Narendra Modi government, it supported PM Modi’s decisions on demonetisation and GST. The TRS also aligned with the BJP during the presidential and vice-presidential elections.

Despite the TRS boycotting the monsoon session, the Congress believes KCR’s party is insincere about its opposition to farm bills.

“Our experience of TRS in last seven years is that on most critical issues it will support the BJP, but it puts on a facade of opposing to protect its Muslim vote bank in the state. They supported the BJP on demonetisation and more recently on abrogation of Article 370 from Jammu and Kashmir,” N. Uttam Reddy, Telangana Pradesh Congress Committee president told #KhabarLive. #hydnews