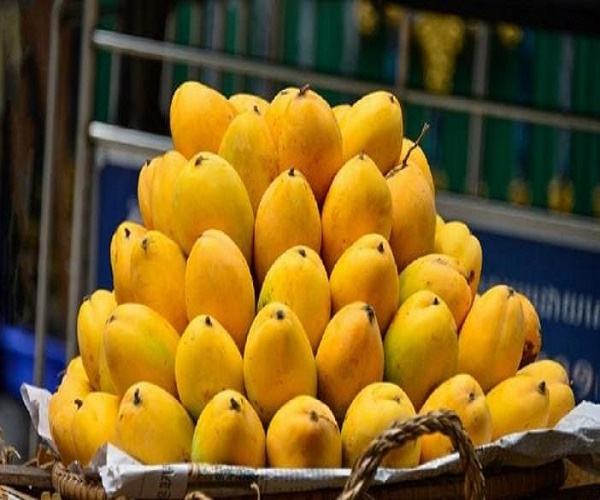 The artificial ripening of fruits using banned chemicals appears to be continuing unabated in Hyderabad this summer, despite several complaints over the years and the matter repeatedly coming up in the High Court.

“It has become too difficult to find mangoes which are naturally ripened on the tree or ripened without chemicals in the market. I had purchased mangoes six times this season. However, I think I was cheated at least four times. They would look colorful from outside, but when we eat them, they don’t taste good, as they were still raw,” Murthy, a resident of Malakpet in Hyderabad, says.

The usage of certain chemicals for the artificial ripening of fruits, especially mangoes, has become a major concern for citizens and officials alike this summer in Hyderabad.

It’s not the process of artificial ripening itself that is banned, but the usage of certain chemicals which is prohibited.

The Food Safety Department defines ripening as a process in fruits that causes them to become sweeter, less green, and softer. The fruits, harvested at proper maturity, release ethylene gas naturally which aids in their ripening. However, this process takes time and can also result in uneven ripening. Ethylene is a natural, safe, and necessary phytohormone for ripening.

When fruits are artificially ripened, they are assisted by the usage of ethylene gas. It can be done safely by avoiding contact of the ethylene-releasing substance with the fruit.

The process of artificial ripening has been legally allowed in the state of Telangana, as per a Government Order (GO) released by the Agriculture and Co-operation Department in 2019. The same has been allowed by the Food Safety and Standards Authority of India (FSSAI) as well, an official from the office of Commissioner of Food Safety, Telangana said.

One of the most important reasons behind the introduction of artificial ripeners is due to the export of the fruit to various national and international destinations and to aid the sale of the fruit. It’s not possible to transport ripened fruit as they would get damaged, say experts.

Considering the importance of artificial ripening of certain fruits in the supply chain, FSSAI has approved the external application of ethylene as it is a natural phytohormone. Ethylene gas can be generated from various sources and a concentration of 100 ppm was permitted for ripening of fruits, as per the GO from Telangana.

The GO has also explained the reason behind the increase in the usage of banned chemicals for ripening, despite the legal use of ethylene.

According to the same, “While ethylene ripening chambers, also called as ethylene gas chambers, are considered ideal, their establishment is capital intensive. Operating costs are also high, resulting in the slow growth of capacity and thus making them inaccessible to all the end-users like farmers and traders.”

“Consequently, traders often use unsafe and banned chemicals like Calcium Carbide which produces acetylene gas, which is potentially harmful and poses a serious threat to the health of the workers engaged in trade and or distribution of fruits, their families as well as the consumers of such fruit,” it added.

Though the state government has also officially released an artificial ripener called En-ripe for farmers to avoid using banned products, the banned chemicals are still in use.

In surprise raids conducted by the Hyderabad city police at various areas like Marredpally, Ramgopalpet, and Kothapet fruit markets recently, officials seized sachets of ethylene chemical powder also called as China powder, worth around Rs 7 lakh on May 22.

The accused were indulging in illegally procuring and selling of banned chemical packets for ripening of mango, papaya, and bananas artificially, the police said.

These sachets, each costing only Rs 3, were kept inside a box of fruits with small holes punched into it. One of the banned substances includes calcium carbide which would release acetylene gas and ripen the fruits artificially.

Calcium carbide produces acetylene gas and essentially softens the fruit without proper ripening, making the fruit inferior in quality and also dangerous to the consumer. It poses an even greater risk to pregnant women and fetuses in the womb.

Even government-approved ripeners, such as ethephon, which releases ethylene gas, should be used with discretion, say, food analysts.

“Any of these artificial ripeners should never come in direct contact with the fruit. It should only be the ethylene gas that should reach the fruit. For the same, usually, an ethephon powder is kept below a fruit box with holes and dried grass is kept to avoid direct contact. Later on, upon getting in touch with the moisture, ethephon releases ethylene and helps in the ripening of fruits,” said G Lakshminarayana, food analyst from FSSAI.

It was also noted that on many occasions, it is not used correctly.

Narrating one of the incidents during their raids, the food analyst said, “At that time, they were diluting the ethephon powder in a drum of water and were directly dipping an entire banana bunch into the water, which is very harmful. The fruit may appear to be ripened with this method, but when you actually try to eat, it’s still raw and it might also cause an itching sensation on the tongue.”

As per the FSSAI guidelines, “The industrial-grade Calcium Carbide, popularly known as ‘masala’ is often used by unscrupulous traders to release acetylene gas for artificial ripening of fruits like mango, banana, papaya, etc.

Calcium carbide contains traces of arsenic and phosphorus, which is harmful to humans and may cause dizziness, frequent thirst, irritation, weakness, difficulty in swallowing, vomiting, skin ulcer, etc. The acetylene gas released from calcium carbide is equally harmful to handlers. Hence the use of this chemical for ripening of fruits has been banned in India since 2011.”

The Market Chairman Ram Narasimha for Gaddi Annaram, one of the largest fruit markets in the Telangana, said that they keep taking measures to avoid banned materials for ripening as much as possible in the market area.

The market gets about 1,500 tonnes of mangoes every day from various farmers across the state of Telangana in this season.

“We do not even have a package facility here, which gives the chance for the usage of artificial ripeners. However, we keep doing surprise raids and we cooperate with police, in case of any discrepancies,” he said. #KhabarLive #hydnews #mangoes #kingoffruit