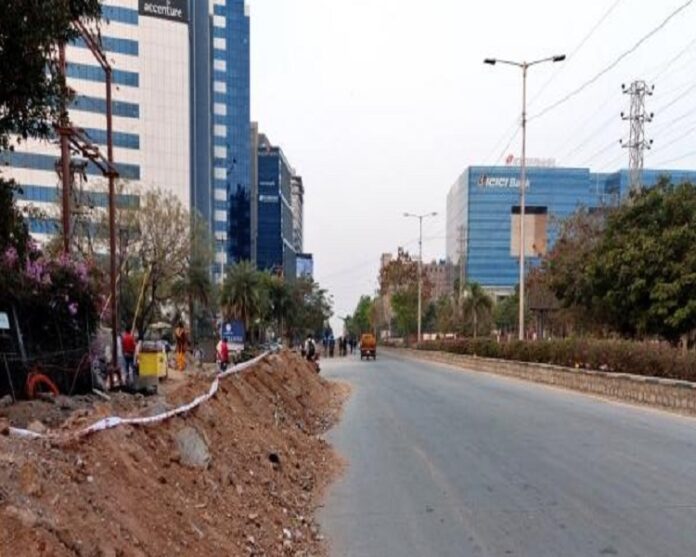 The official apathy and internal differences among service providers and lack of accord about the pricing pattern led to delays for over 10 years to start the GHMC’s underground powrr cable ducting project in Hyderabad.

If executed, the project could have saved crores of rupees of public money over the years apart from traffic snarls due to road cutting.

The Greater Hyderabad Municipal Corporation (GHMC) has been sitting for a decade on an underground duct project that would spare lakhs of motorists from road digging operations and improper restoration of carriageways after road cutting works. Though the High Court, a decade ago, directed the corporation to remove the overhanging cables and shift them underground, the project could hardly see any progress till date.

If executed, the project could have saved crores of rupees of public money over the years apart from traffic snarls due to road cutting. In fact, the project was planned in such a way that the road digging would not have been required for 10 years.

The ducts would also have freed the city from overhead hanging cables. Officials claimed that the project would save crores of rupees that go into recarpeting and repair of roads. The corporation had even identified 40 main roads to lay underground ducts. The plan was to give space in these ducts on rent to companies and agencies to run their cables.

A pilot project was cleared from the regional transport authority (RTA) office in Khairatabad to NFCL junction near Punjagutta Crossroads and another stretch from RTC Bhavan to VST office in Musheerabad for another five kilometres under the footpath. However, the project has not seen the light of the day due to apathy of civic authorities.

Internal differences among service providers and lack of accord about the pricing pattern led to delays for over 10 years. The GHMC on its own has begun to lay a common underground duct from Masab Tank to Shaikpet for a stretch of about 15 km.

However, this was put to dust by the authorities after executing similar works in prime stretches including Banjara Hills. A senior GHMC official, requesting anonymity, said previously negotiations were also held with telephone companies and cable operators to form a consortia and lay ducts, but the project did not materialise. He said the corporation had not been given any new permission for digging roads during the monsoon for several years.

However, the official said the corporation had been repairing potholes and re-carpeting roads on a regular basis to facilitate commuters. When asked if the corporation could save hundreds of crores of rupees if the underground duct project was executed and why the civic body had already spent Rs 180 crore just to fill potholes in the last five years, the official refused to comment on the issue. #KhabarLive #hydnews