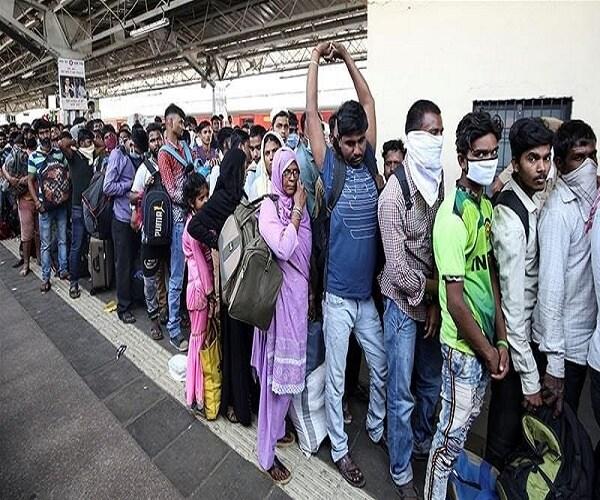 Why is the Government of India so keenly escalating lockdown while not front-ending testing, mask availability, chemical and sanitizer availability, provisioning of beds and the availability of high-end equipment, ICU beds, and other such issues? What makes GOI strategy so different from that say of the US or many other countries?

The key to understanding GOI policy on COVID19 is that it is driven by a disaster management perspective, especially as in floods and cyclones. The health perspective is certainly not totally ignored, but it is not what drives their strategy. Even if they are indeed rolling out a limited health strategy, like district level corona-virus hospitals, etc, that is not what dominates the thinking.

What is striking is that Kerala, and to some extent possibly West Bengal, has done the opposite, and embraced the health perspective, from the very outset. Though they will be now under some pressure to follow the Centre more closely and be less innovative in this regard.

Indeed the lockdown/curfew strategy has even acquired a moral imperative with political leaders from the PM down chiding the public (slavish channels the following suit with programs titled CORONA VILLAINS!!) for not taking the lockdown seriously. Taking lockdown seriously is no doubt a global problem, but takes place here within a different environment.

What the GOI is quite good at are large-scale evacuation and mobility management. In the case of the Corona pandemic, lockdown is a close cousin, on an unprecedented scale without doubt, but something which is very much within the ken of the Indian bureaucracy, even if somewhat testingly so. And this enthusiasm is now competitively escalating — with curfew and curfew passes being the latest. going beyond the parameters of Sec. 144. The end aims of such exercises are measured in macro-terms and the travails of individual communities and groups or even the more general trauma which such large-scale mobility management can effect is not really on the front burner.

This is true of large-scale flood evacuation, for instance, where the evacuated population can encounter fairly grim conditions in the relief camps, even while their lives have indeed been saved. Keeping people out of harm’s way over a temporary period, as in floods and cyclones, is something the Indian state knows and knows fairly well. Persuasion is not quite part of it, though appeals to cooperation are indeed common — the real instrument is an administrative action.

In this respect, the alacrity with which State governments have announced relief and urged employers not to cut wages, etc. (with the Centre more reluctantly and mutedly following suit, at least on maintaining wage payments) is not surprising, though somewhat unprecedented again in scale — but the example has been set too elsewhere. Direct and indirect relief, in cash and kind, is certainly part of disaster management.

A health or truly epidemic centric approach, however, would have seen a quite different emphasis. While social distancing is certainly part of it (even if a good section of the populace is yet to understand it), there is much more, as we have noted at the very outset, that would have occupied the time and energy and public campaign of the GOI. One may note too, that the experience of other countries, shows that the disaster perspective goes only so far — the management of a public health crisis of the most awful kind is really what COVID19 seems to be about.

Will the health/pandemic focus be brought on the front-burner later on, and the current focus is deemed appropriate to the “stage II” that India is presumably (though seriously debated) passing through?

Or is it that there is a calculated strategy (gamble if you are critical) being taken here that the lockdown will indeed do the job?

Or is it that it is seriously very difficult to focus on the health/pandemic preparedness issue since our shortfall and gaps in this are so enormous, that a public unveiling of its extent in any detailed fashion would simply occasion uncontrollable panic?

Or is it that the health focus simply has not entered the consciousness of the Indian state, particularly its bureaucracy. As commentators have noted tellingly after all four hundred thousand die every year in India of tuberculosis (TB), a fairly curable disease, that occasions no such extraordinary measures.

The coming days will tell us which is the strategic perspective that is unfolding and that will continue to do so, fashioned perhaps even without any conscious realization on the part of the Government. India is unlikely to be an exception in this regard, as the significantly differing trajectories of infected cases and fatalities have seen across the world demonstrate. For the sake of the vast masses exposed to this newest health scourge in India, one hopes that the GOI will get lucky with its strategy — even if indeed much evidence and experience suggests otherwise. #KhabarLive