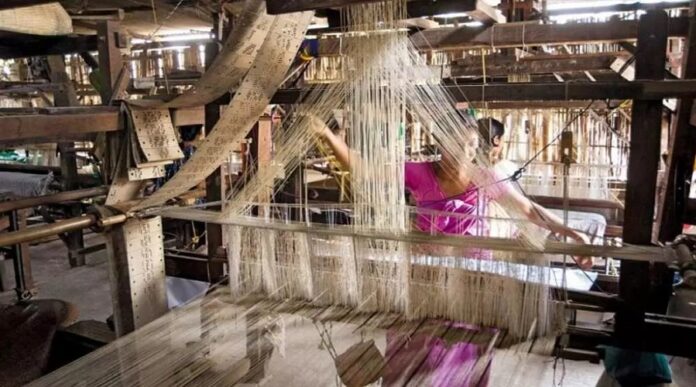 The Centre has explained the decision by arguing that it is part of its efforts to strive for a leaner government apparatus. This move, though, has drawn severe criticism from those working for the promotion of Indian handicrafts.

“All these years on, it remained the one official forum, however, watered down, where the voices and views of weavers and craftspeople could be expressed directly. One place where representatives of the sector were present in considerable numbers and were actually empowered to advise the Government in policy and sectoral spending,” said Laila Tyabji, chairperson of Dastakar, an NGO that works to support traditional Indian craftspeople.

The government of India issued a Gazette notification (No.1/13/2017-DCHL/Coordn/AIHB. Dt.27th July 2020) which notifies abolition of All India Handloom Board. Handloom weavers are facing a severe livelihood crisis. Primarily, despite highly rated skills and widely appreciated products, income flows have been an issue for families dependent on handloom weaving.

Corona pandemic and lockdown have been severe on these families, across India. Previously, they were hit by demonetisation and GST imposition on handloom products. Annual handloom budget allocations have been reducing over years. Currently, these families have been looking for succour from governments in these hard times.

They were disappointed that the Atma Nirbhar package did not include them directly. It does not even refer to them, even though their contribution to GDP and national economy, in terms of wealth creation, employment and environmental conservation has been immense for decades. In these circumstances, it is very unfortunate that the All India Handloom Board has been abolished by the government of India. This is a gross injustice to lakhs of handloom families.

Further, this was announced on the eve of National Handloom Day (August 7) on which date handloom weavers and crores of handloom product consumers celebrate the heritage, skill, art and livelihoods. It was the current Prime Minister who declared this date as National Handloom Day. This board was set up to advise the government in formulation of the overall development programme in the handloom sector given its importance from a socio-economic, cultural and artistic perspective.

This board was set up with the following specific objectives: to meet the needs of the country progressively from the handloom sector; to make handlooms an effective instrument of reducing unemployment and under-employment and achieving a higher standard of living of weavers; to preserve and further promote the craft heritage of our handlooms; to devise strategies for expanding markets of handlooms within the country and abroad; to take steps for effective coordination of the developmental efforts of the various State governments/Union Territories in this sector; to review the progress of development of handloom sector from time to time. The reason given in the gazette is that this abolition is part of “Minimum Government and Maximum Governance’, leaner government machinery and the need for systematic rationalisation of government bodies.

This argument looks specious because, in the past several years, meetings of All India Handloom Board have been few. Leaner government machinery cannot be translated into ‘clean’ everything that enables the connection between people and government.

Handloom sector turnover is a whopping Rs 1,00,000 crore, far above many of the industrial sectors such as cement and agrochemicals. Neglect of the handloom sector in the policy-making circles is because they do not have representatives who can visit government offices with suits and suitcases. All India Handloom Board is the only institutional interface between government and handloom weavers.

Expenditure on this board is hardly Rs 1,00,000 per year. One would wonder what made the managers of “Minimum Government and Maximum Governance’ programme to pick up to reduce their expenditure, where no expenditure has been happening. AIHB meetings did not happen over the past few years. This is nothing but missing the woods for the trees. There are many government institutions, where public money is spent without any result for the people. #KhabarLive #hydnews