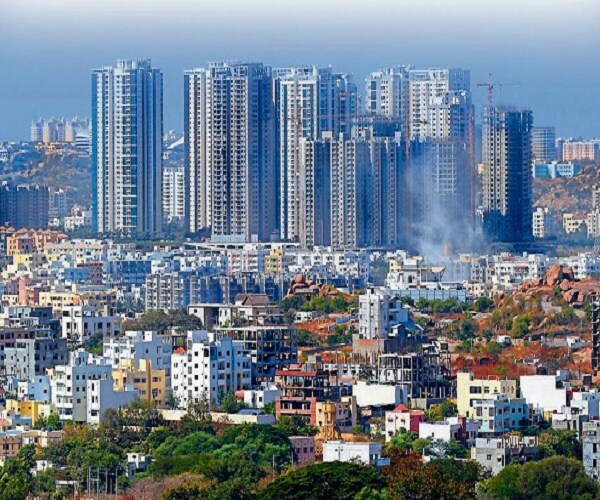 It looks like Hyderabad is losing its charm these days, particularly in terms of the real estate. The much-talked-about and the much-hyped-about the city is heading to be no more a darling of the settlers, if one goes by the real estate trends these days.

Despite the ruling TRS, its successor-in waiting, KCR talking big about this city, people are not favoring this place, particularly after the second victory of the TRS. While the economic slowdown is said to be one of the reasons for this fall, it also appears that the cash rich Andhra people too are not showing interest in this city.

There were news that investors from Andhra were heading to Hyderabad, after TDP’s defeat in the elections. The new government’s reverse tendering and the complete halt of the Amaravati works, too have contributed to the people to talk about investment migration to Hyderabad.

But, the statistics available with the stamps and registration office, show a downward trend in the real estate sector around Hyderabad. The sale and purchase of properties in the suburbs of Hyderabad have come down alarmingly over the last four months.

In the neighboring Ranga Reddy district, there was slow fall in the registrations from 31,903 registrations in July to 29652 in August and 27,492 in September. This steep fall is also noticed in Medchal, Yadadri, Bhuvanagiri, Sangareddy, Nalgonda, Mahaboobnagar and Medak districts, which are adjacent to Hyderabad.

On the other hand, Hyderabad is showing growth across real estate asset classes, at a time when the Indian economy is witnessing a downturn and other top real estate markets of the country such as Delhi NCR, Mumbai and Bengaluru are showing sluggish growth. Telangana’s capital is leading the charts in terms of office absorption, accounting for 36% of the overall absorption recorded by the top seven cities of India.

While net completions accounted for 44% of the national project footprint. The total office stock in Hyderabad saw an addition of 5.3 million sqft during July-September. The city saw a net absorption of nearly 10 million sqft in the first nine months of the current year and about 4.1 million sq ft in the third quarter, showing over two-fold jump from 1.7 million n sqft recorded in the year-ago period.

The strong office space demand has restricted vacancy levels to single-digit. On the residential front, the city has emerged as the market with least delayed/stalled projects with a mere 0.5% of the total 4.54 lakh such units in the top cities. Delhi NCR and Mumbai together accounted for about 84% of these delayed projects. This shows the strength of Hyderabad’s ecosystem and the fundamentals of residential development.

As the city continues to attract both multinationals and large domestic companies to set up their facilities and offices, this is adding new jobs, reflecting the steady growth in residential sales. Hyderabad is also attracting mall developers, retailers, warehousing and logistics companies bringing all-round growth in the region across sub-markets.

The city has all the ingredients to ensure consistent growth in realty. It is becoming a preferred destination for office occupiers to expand, given the availability of developable land and higher rental arbitrage compared with any other city in the country.

Quality office supply continues to attract occupiers who are willing to pre-commit. Industry believes future absorption is likely to be driven by tech companies and flexible space operators, along with those from other sectors such as research, consulting, analytics, financial, engineering and manufacturing. With the office leasing activity scaling a new high, space take-up is expected to pick up in the short-term.

The gap between Bengaluru and Hyderabad is anticipated to reduce, as the latter’s growth will be driven by robust supply completions and demand led by pre-leased completions. Moreover, the upcoming infrastructure initiatives in and around Hyderabad are bound to further boost occupier sentiment. Telangana government’s ‘Look East’ policy would ensure healthy expansion of the city and balanced growth across all real estate categories.

Hyderabad will remain a competitive market in the residential space, as the city still tops in the country in terms of the highest average size of units — a sign of affordability. The city will also continue to witness growth in the co-working space, the new model that is fast picking up. Overall, Hyderabad is set to lead the realty growth of the nation. #KhabarLive