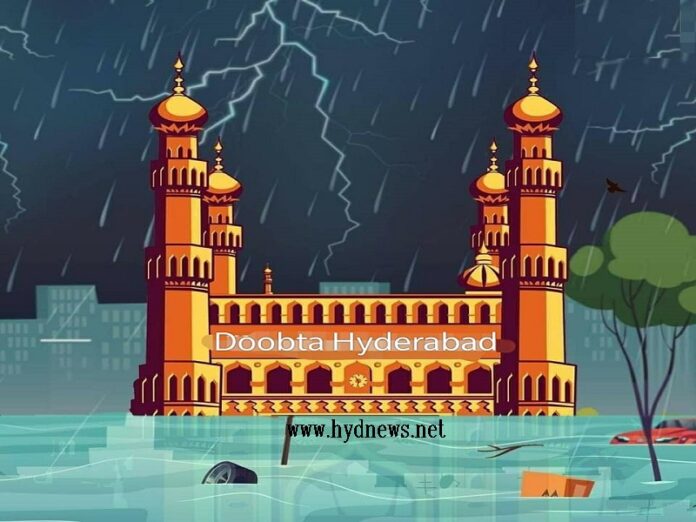 The way life has been thrown out of gear in the global city of Hyderabad following heavy rains and a repeat performance should be a matter of serious concern for the GHMC and the state government. 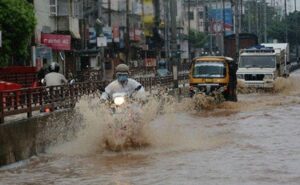 It is time a serious exercise is made to see that some drastic changes are brought to our urban planning. One night’s rain cannot be allowed to bring civic life to halt. It is just not enough to keep repeating the word that the city has Ganga-Jamuna Tehzeeb. Also Read – Andhra to receive heavy rains on Monday and Tuesday amid depression in Bay of Bengal In 1908, Hamara Shahar Hyderabad had witnessed devastating floods in Musi which killed thousands of people.

The then government of Nizam built new reservoirs upstream and developed a new drainage system to prevent recurrence of floods. The water bodies, channels and storm water drains, popularly known as nalas, were further improved. Qutb Shahi and Asaf Jahi rulers with their foresight had developed and promoted a system to prevent flooding even in the highest rainfall. The system comprised a chain of lakes, channels connecting lakes to the river, open spaces and swamp areas to suck in rain water and storm water drains. 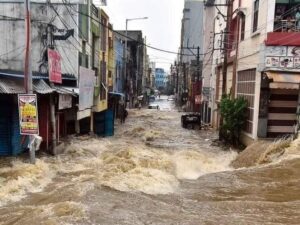 The disaster the city had witnessed makes it clear that it’s time the government and Baldia take some firm decisions and ensure that the “world class” city gets a good drainage system. It makes a little to have inflow and outflow channels drain down north and south basins into the Musi river since they have been prevented from draining into the river.

The city cannot be anymore allowed to turn into a river. It is not that the planners and the political executive do not know about it. They do know but they are not displaying the kind of political will that is required. May be due to some political considerations. If such a pathetic situation has to be avoided, merciless demolition of all encroachments is must. This could include demolitions in the old city as well. But then since the present government has been taking several ‘revolutionary decisions’ it should not be a real problem for them to take up all illegal demolitions.

The pink party has people with them and it has been proved time and again in all elections. This being the case, if it works out a proper time bound action plan immediately and takes all stakeholders into confidence, they would certainly get the cooperation of all sections of people including their friendly party AIMIM and this can facilitate easy illegal demolitions. Kerala, was saved from the devastating floods in 2018 and 2019 after a project named ‘Operation Anantha’ was implemented with focus on clearing the drains five years ago. 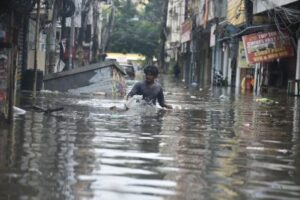 It was made possible by the determination of a team of officials. The TRS government which hopes to sweep the Baldia elections which would be held soon, should come up with some such action plan. With the kind of technology and concepts of advance planning that was available must be introduced in our city. The State disaster management must be made operational full-time. Laws on urban planning must be implemented strictly, violators should be punished ruthlessly and bureaucrats responsible for the lapses should be made accountable.

Law breakers should not be allowed to thrive at the cost of lives and livelihood of the rest. It is time the GHMC pulls out the report of the committee that was constituted after the floods of 2000 which had suggested certain measures to improve nalas. The committee which went into various aspects had identified that there were 28,000 encroachments.

In the last two decades such encroachments would have further increased. Maybe the city drainage system can be improved in the next three years if the government takes a decision and shows its determination. If the government makes this as its single point agenda and if it can clearly present an action plan, winning polls will be very easy for them. #KhabarLive #hydnews