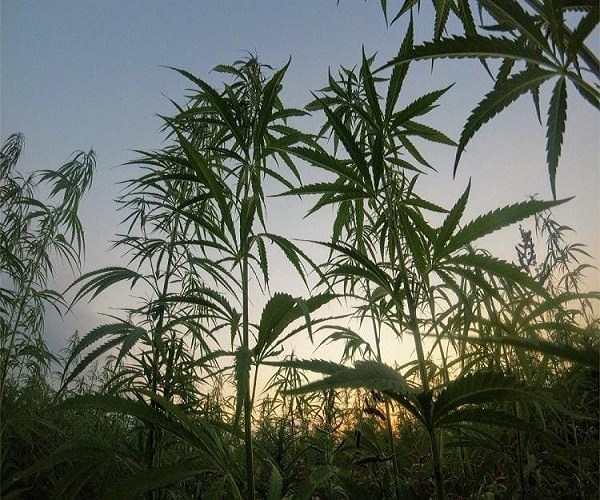 Hemp, which is a strain of the cannabis sativa plant, has a range of uses. And while there are some companies that are making and selling hemp products in India, the economy remains largely informal as cannabis is banned in most Indian states. However, in Hyderabad, where the hemp economy is in its nascent stages, a few companies are planning to begin talks with the state government to decriminalise and regulate hemp.

Entrepreneurs say that the lack of legal backing and policy framework has made it difficult doing business in an otherwise promising sector. Hemp is considered as cannabis under the Narcotic Drugs and Psychotropic Substances Act, 1985, (NDPS) act and is illegal to cultivate.

#KhabarLive spoke to the founders of three companies in Hyderabad that are working in hemp-based products such as fabrics, oils, accessories and even construction bricks. Many of these products are in the developmental stage. They say that while there is a market for their products, it’s not easy getting their hands on hemp.

Decriminalisation will benefit farmers
Tarun Jami, the founder of GreenJams Infrastructures LLP, has built prototypes of construction bricks made out of hemp. He says the hemp bricks are eco-friendly as they absorb carbon dioxide and are durable as cement bricks. Tarun believes that decriminalising, hemp can economically benefit farmers too.

“Hemp helped preserve the Ellora cave paintings for over 1500 years, the benefits of the plant is vastly understated. All parts of the plant can be put to some use. For making hemp bricks we use the inner stock of the plant that has no THC content. Hemp, if decriminalised, will be of great economic benefit to the farmers,” he says.

ALSO READ:  Why 'Telangana University' Student Being Accused Of Meeting Naxalites During A Study Tour?

The raw material for hemp products is costly and is grown in just three months a year, which means that it is seasonal. There is no uniformity nor standards in the quality of the hemp in India.

“The crop is seasonal. There is no steady supply of hemp and there is no standardisation in quality. When compared to the demand for hemp-based products, there is a hemp seed shortage already. At present there is no alternative licenced source other than Uttarakhand,” says Raj Arjun Reddy, the co-founder of Hempster, a Hyderabad based firm that develops hemp-based skincare products. Uttarakhand is the only Indian state that has legalised the hemp plant cultivation for industrial purposes.

Under Uttarakhand’s hemp policy, the license can only be owned by the native farmers. The hemp farmers can also only sell their harvest to the state government who checks for THC content and then re-sells it. The hemp used in Hyderabad is sourced majorly from Uttarakhand and also from Odisha, where it is reportedly more acceptable to be consuming it. There are no known sources in the south India, say those from the industry.

As the situation presently stands, hemp goes through multiple middlemen before finally being accessible in Delhi for the Hyderabad hemp industry. By then the cost of the hemp goes up, and companies were unwilling to discuss the cost and the quantity they buy fearing legal repercussions.

Need for regulation in a potentially lucrative market
In US, hemp was legalised in December 2018 and now is being treated as an industrial crop. The sector now is expected to grow at 18.4% for the next five years until 2022 to become a $1.3 billion market.

In India, hemp is banned under the NDPS Act due to the presence of THC which induces psychotropic effects. NDPS Act does not differentiate between the different varieties of the cannabis plant species. The illegality of cultivating the crop makes it difficult to procure.

Apart from decriminalisation, Raj feels that there is also a need for awareness among the farmers and public to remove the stigma surrounding hemp cultivation. For instance, the difference between marijuana, which has a higher THC content, and hemp, needs to be emphasised, he urges.

“Those who know the difference and the potential of the plant are open to the idea of growing hemp but need government support of some form. If there is a controlled way through which the seeds are given to the farmers, the sector could be regulated,” he adds.

“If a hemp processing unit is set up with the support of the government, the farmer can even start exporting the hemp. Countries like USA, China, UK and Australia have all relaxed their norms on hemp, India too is on the same track but is slow,” Raj says.

Dialogue with Telangana govt
The Hyderabad based hemp industry is soon expected to begin talks with the Telangana government to frame a hemp policy. “The Telangana state government is receptive to the idea of the use of hemp for industrial purposes and is ready to discuss,” says Varun Gupta co-founder of the Hemp Republic, another firm dealing with a variety of hemp-based products in Hyderabad. “We are hoping to take the discussion forward that would end up in a policy framework,” he added. The dialogue is expected to begin some time after general elections.

The industry hopes the supply and standardisation issues will be sorted out once the industry matures. “The reclassification of the plant is necessary; it needs to be classified as an industrial crop with some of psychotropic effect. It should be decriminalised and heavily regulated,” Tarun urged. #KhabarLive