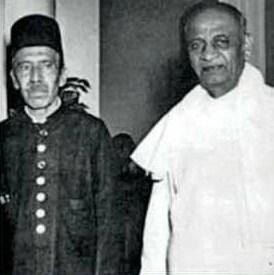 During many occasions, BJP leaders in Telangana have often said that there is a need for a National Register of Citizens (NRC) like exercise in Hyderabad. With the city set to mark 71 years of its merger into the Indian Union, it would perhaps be apt to remember that Hyderabad had been through one such exercise immediately after Independence. At the time, the state had failed to deport most of the so-called ‘aliens’ or illegal migrants.

The drive to pick up `foreigners’ in Hyderabad on the lines of the NRC was taken up soon after the Police Action on September 17, 1948. Thousands of people residing in the city, including those living for generations, were identified as aliens and kept in detention camps pending their deportation, reveal official documents. In the end, only a small number of people were deported as many countries, including Saudi Arabia, refused to accept them as their nationals.

Though the term NRC was not used then as the concept of citizenship came into being only after the promulgation of the Citizenship Act in 1955, the exercise had all the trappings of NRC. The detainees were kept in camps behind barbed wire and under armed guard. Women and children were kept in separate enclosures. As women and children did not have separate rights of nationality those days under international law, they were declared alien despite being born in Hyderabad, if their fathers or husbands were declared aliens.

Researcher Dr Taylor C Sherman carefully sifted through the Hyderabad documents at the National Archives in the UK to dig out the details. She also accessed communication between the military administrator in Hyderabad with the Indian government between 1948 and 1950.

Sherman is an associate professor in the department of international history, The London School of Economics and Political Science (LSE). Her work revealed that besides Arabs and Afghans, who had settled down in Hyderabad several decades prior to the Police Action, 6,225 people were held in detention camps on the charge that they were Pakistani nationals. Most of whom were later found to be born in British India.

Sherman’s study on citizenship in Hyderabad post Police Action was published in the Modern Asian Studies, a Cambridge University Press journal. It revealed that the Indian government wanted to deport the ‘aliens’ on the advice of military-administrator J N Choudhury. Choudhury had taken over the administration of Hyderabad after its merger with the Indian Union. “But the attempt to repatriate these people floundered on both political and legal shoals. In the process, many were left legally stateless,” said researcher Dr Taylor C Sherman. She has shown how about 21,000 people were identified as foreigners and kept in detention camps.

After the merger of Hyderabad, she writes, “the people of the state did not automatically become Indian citizens. It was not until the Citizenship Act of 1955 that persons belonging to princely states were formally made citizens of India. The legal status of the people of Hyderabad, including those in detention, was uncertain. At this stage, therefore, formal legal rules about who had the right to stay in India were less significant than ad hoc notions about who belonged in India.”

According to her, the government had originally proposed that detainees be repatriated to their `home’ states without consultation with the governments of Afghanistan, Pakistan, Indonesia, Saudi Arabia or Aden. But the detention and proposed deportation raised the prospect that any action to deport these people would have unpleasant consequences for Indian communities overseas.

“Many of those whom the government had wished to deport had no home to be sent to, at least not in law. Thus, very few of the “undesirable” Afghans were deported. After nearly three years of negotiations with the Saudi government, around two dozen men, who claimed to be from Saudi Arabia could not be sent home. The government of Hyderabad was left to conclude, “the presence of these 23 persons in Hyderabad is not going to make any difference to the state. And they too were released from detention,” Shermang pointed out. #KhabarLive