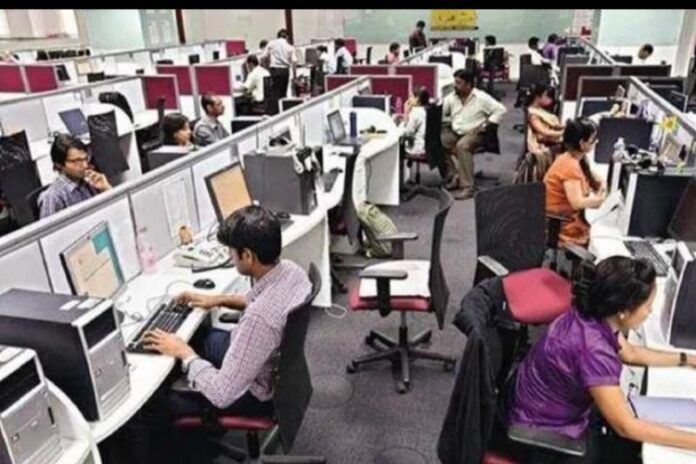 The IT/ITES companies in Hyderabad continue to operate with Work From Home (WFH) due to the Covid-19 pandemic and there is clear lack of confidence in returning to office, a survey by the apex body of the industry revealed.

The survey by the Hyderabad Software Enterprises Association (HYSEA) found that 95 per cent of the companies across the board continue to operate with WFH in the range of 90-100. This has actually increased in the last two months and can be attributed to increase in cases, says the report.

According to HYSEA, even by the end of March 2021, nearly 31 per cent respondents want 70-89 employees to operate from home. Only a small minority of large/very large companies wanted an aggressive 30 per cent WFH while the rest wanted 70 per cent or more. “This shows a clear lack of confidence in returning to office,” it said.

An overwhelming 80 per cent of companies said significant reduction in cases and vaccine availability are the factors that will encourage a return to office.

The survey covered IT services, products, ITES companies that are in Hyderabad headquartered and also many MNCs with Global In-house Centres (GICs) in Hyderabad.

“Broadband, power cuts and working atmosphere at employees’ homes turned out to be the major obstacles to WFH. Low employee morale was also reported by 34 per cent respondents.”

Nearly 70 per cent of large and very large companies hired freshers in the last six months, ranging anywhere between 1 to 1000. Majority of the companies said they would honour the offers already made to freshers.

Nearly 64 per cent companies reported flat or single digit revenue and profitability growth in FY 20-21 over 19-20. The industry body sees this as a major encouraging sign.

The survey also revealed that manufacturing and retail were the most important customer verticals negatively impacted. However, healthcare, BFSI, and education were positively impacted.

The US is the most impacted geography followed closely by Europe.

Majority of the companies, including large and very large, reported they will need the same or 25 per cent less office space than pre-pandemic times when they return to office.

According to HYSEA, no unusual attrition on account of the pandemic was reported by any company. The numbers are within regular industry average range.

HYSEA is a registered apex body with more than 300 members representing the IT/ITES industry in Hyderabad.

The IT/ITES industry in Hyderabad has over 5.82 lakh employees working in 1,500 companies. The sector had clocked exports of over Rs 1.28 lakh crore during 2019-20. #KhabarLive #hydnews