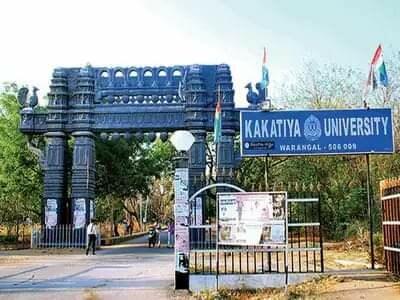 The faculty members said they would not continue in posts such as controller of examination, deans, head of the department among others until executive council reviewed its decision and revoked suspensions of teachers. “As many as 50 out of 65 faculty members who are handling administrative posts submitted their resignation to the registrar,” said R Mallikharjun Reddy, president, Association of Kakatiya University Teachers.

He said the remaining faculty members could not submit their resignation as they are either out of the city or not keeping well.

While the faculty members alleged that the executive council members violated the Supreme Court’s judgement when they passed a resolution to terminate 38 assistant professors, the varsity officials claimed their decision was in accordance with the court’s judgement.

“Be it single judge, a division bench, or the Supreme Court, they only directed the government to constitute full executive council and place appointments of these faculty members afresh in the EC meeting and take a decision. We followed the court’s order,” said K Purushotham, registrar of the varsity adding that they haven’t fired the faculty members yet and that they would be sending show-cause notices to faculty in question giving them an opportunity to represent their case.

Speaking to #KhabarLive, the registrar said the university had not accepted the resignation of the faculty members and would be sending them letters reminding them that they are bound by contract. “The faculty members have signed a contract saying that they would be taking any additional administrative work along with teaching. They can’t just resign and say that they won’t be doing their work,” he added. #KhabarLive