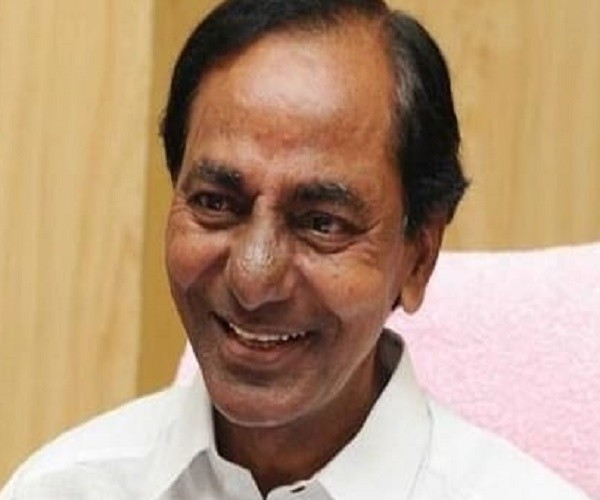 While the Congress is battling rebellion in its rank and file, and fissures erupting in the Mahakutami the party has stitched with the TDP and CPI, there is one binding factor that the ruling Telangana Rashtra Samithi (TRS) enjoys — the ‘KCR for CM’ mantra. The realisation that only Chief Minister K Chandrashekhar Rao can continue with the developmental works and welfare schemes benefitting all sections of society weighs heavily on the minds of the party leadership and workers.

This has been working in favour of the TRS at the ground level, especially where the party candidates are facing some resistance from a few sections in the constituency. Though a few TRS leaders who were aspiring for MLA tickets opposed the candidature of sitting MLAs, including those who were elected from Congress, TDP and others, they have now fallen in line with the party leadership’s policies to ensure that TRS president K Chandrashekhar Rao retains the Chief Minister’s post.

Chandrashekhar Rao released the names of party candidates for 105 Assembly constituencies the day the State Assembly was dissolved on September 6. The Chief Minister explicitly made it clear that there will not be any changes in the candidates list and early announcement of candidates will enable them commence their campaign.

Murmurs of discontent
Initially, the party witnessed murmurs of discontent in a few constituencies after aspirants were denied tickets, with some of them coming out openly against the sitting MLAs, particularly in constituencies where the MLAs had switched loyalties to the TRS. Local leaders and ticket aspirants raised objection to the candidature of sitting MLAs Maganti Gopinath in Jubilee Hills, Madhavaram Krishna Rao in Kukatpally, KP Vivekanand in Qutbullapur, Errabelli Dayakar Rao in Palakurthi constituency, and Koneru Konappa in Sirpur among others. The argument was that ‘outsiders’ were getting prominence in TRS.

But senior leaders, including Ministers Thummala Nageshwar Rao, KT Rama Rao, T Harish Rao and Talasani Srinivas Yadav, took upon themselves the task of dousing the fire and convinced the aspirants to cooperate with the party nominees and work for the party’s success. The party leadership also promised to provide appropriate opportunity for those who cooperated. In exceptional cases like that of former MLA Nallala Odelu who opposed the candidature of Balka Suman in Chennur Assembly constituency, the TRS president himself intervened and got the issue resolved.

Within a couple of weeks after the announcement of the candidates list, majority of the issues had been sorted out by the party leadership and aspirants are now rallying behind the party nominees urging voters with the slogan ‘KCR for CM’. The TRS cadres have now set aside their differences with the nominees and the situation has been brought under control with little or no dissidence in all the constituencies.

CM reaches out to MLAs
“It is true that there was mild discontent among some leaders, especially those who were aspiring for tickets. They were unhappy and expressed their views to the party leadership. But even if they do not agree with the candidature of others, everyone agrees with the argument that a young State like Telangana needs a visionary Chief Minister like Chandrashekhar Rao. They have now pledged their support to the party nominated candidates,” a party spokesperson told Telangana Today.

Meanwhile, the Chief Minister is personally interacting with the MLAs and senior party leaders on a daily basis to monitor and devise strategies for the ongoing poll campaign. Most of the party nominees are currently touring their constituencies on a daily basis. After a short break during the weekend owing to Muharram and Ganesh immersion, they are likely to resume their poll campaign from Monday. #KhabarLive