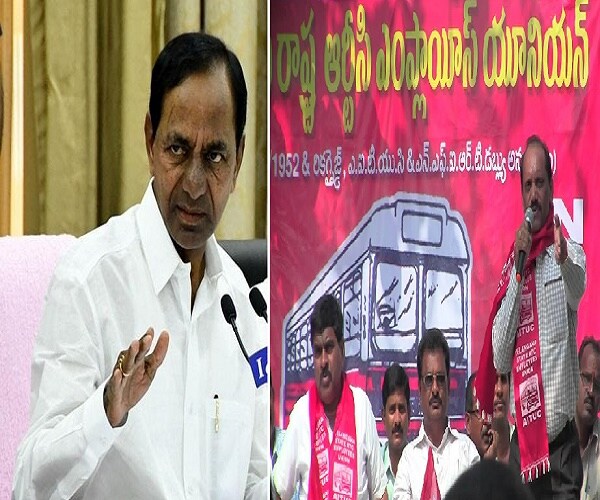 It has been over thirty days since unions representing employees of the Telangana State Road Transport Corporation (TSRTC) gave a strike notice to the labour department and the TSRTC management. The unions in September had announced their intention to go on a statewide strike from October 5 – which is peak festival season.

With barely days left for the strike, the unions are yet to hear from the TSRTC management for negotiations on the issue. And on the eve of the strike, the labour department is only calling them now to explain what the issue is.

The TSRTC ferries over 100 lakh people to their destinations every day and connects 9377 villages and 844 hamlets to major towns and cities in Telangana State, which constitutes 92% of the Road Transport in Telangana.

It’s not the first time that the TSRTC has threatened a strike; they have done so in 2016, 2017 and 2018, but this time there is a difference. While all other calls for a strike have been over the neglect faced by the corporation, this time the employees want the state government to take over the cash bleeding corporation.

The unions started making the demand soon after the Andhra Pradesh State government brought the APSRTC under its ambit. For the ruling Telangana Rastra Samithi (TRS), the actions of their friendly neighbour have caused a mild headache. Unions that were once considered friendly with the ruling TRS have also this time around joined the call for a state-wide strike.

In particular, the Telangana Mazdoor Union (TMU), which has often stayed away from previous call for strikes, is now in open rebellion and has even expressed willingness to accept support from the BJP or the Congress in the state to get their demands fulfilled.

Unions threaten to move away from TRS
The TRS has a long-standing association with the RTC unions. The party had relied heavily on the TMU members and the RTC staff to support their Telangana movement struggle. “A lot of promises were made to the RTC employees during the time of state agitation, and we actively supported KCR and TRS. It’s not true that we are a mouthpiece of the TRS, we have only extended issue-based support – but none of the promises made even after subsequent meetings have been fulfilled,” says M Thomas Reddy, working president TMU.

“With barely a week left for the strike they seem to have woken up. The labour department has called for talks only on October 3 or 4, we gave them strike notice in September. We even approached the Transport Minister for intervention but he says everything related to the issue will be decided by the Telangana Chief Minister KCR. Then what’s the need for a Transport Minister? At this point we are ready to accept any political support, be it from the BJP or the Congress,” added Thomas.

The unions are of the view that the TSRTC is a tool for public service and not designed to make a profit, hence would be able to better serve the public if funded by the state exchequer. As on Monday the Transport Minister was huddled up in meetings with the Telangana Chief Minister, while the TSRTC management was deliberating on how to keep services afloat in case the strike doesn’t get called off.

Will bringing TSRTC under state govt help?
Those observing the developments in the states politics and the transport sector say that the state taking control of the TSRTC would only benefit the employees and would have little or no impact on the improvement of profitability and their quality of service.

Sai Rathna Chaithanya, a transport researcher, pointed out that the reason why TSRTC was made into a corporation in the 1950s was to give it more freedom to operate with a business motive. “The idea was to give some financial independence, let them function as companies.

So, the premise for forming these corporations itself is flawed. Rural and urban buses can never be “profitable”. A lot has been said about improving efficiency, increasing fares but nothing seems to help. Keep the fare high, they go out of reach for people who need it the most. Keep them low, you make losses. So without any other source of revenue, corporations are stuck,” he said.

“Unless the government understands the economic benefits of TSRTC and funds it sufficiently, there will be no difference to the general public,” he added.

“If RTC gets taken over by the state government, it would only help the RTC employees of the present cadre as they will get employment guarantee,” said Telakapalli Ravi, a political analyst.

K Raji Reddy, president of the TSRTC Employees Union, one of the unions that is part of the Joint Action Committee representing the employees, said that the real issues of the RTC get drowned in the politics.

“The employees are not getting their salary on time. There are some Rs 2,100 crore that the state government owes the TSRTC. There is no subsidy on diesel, each time there is a Rs 1 hike, the RTC loses Rs 25 crore a day. There is no way to make the RTC profitable, the business model isn’t designed for making a profit, it’s a public service. Something needs to be done, but politics play spoilsport,” he said.

The unions said their efforts to get in touch with the Chief Minister’s Office but have proved futile, “We are ready to talk to the government but until now, neither the management nor the minister or the CM has allowed us time,” he added. #KhabarLive