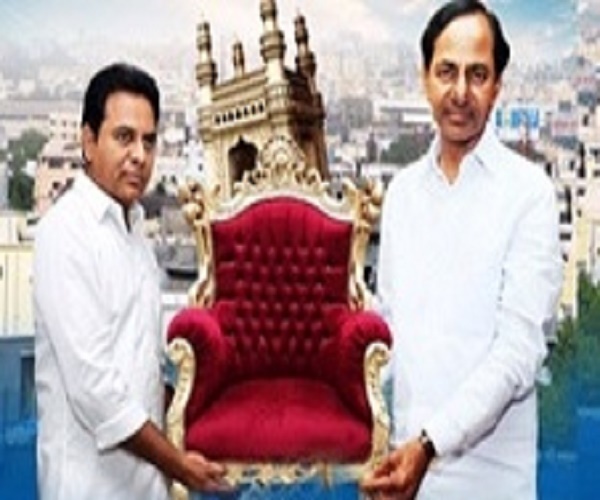 Irrespective of the final seat tally, the verdict in Telangana is an overwhelming victory for K Chandrashekar Rao (KCR) and his Telangana Rashtriya Samiti (TRS) party. This victory also alters several equations, at a regional and national level, and prominent among them are the following:

Naidu’s Stature & Dreams of Forming Alliance Shattered
The Congress has lost badly, but N Chandrababu Naidu may have lost more. The results are a categorical assertion that the Telugu Desam Party (TDP) will be confined to Andhra Pradesh and won’t bear a presence in Telangana.

This is important, because in 2014, the TDP was against the creation of a separate Telangana. This verdict is a reiteration that the TDP is etched in the minds of the Telangana population as an “Andhra” party, one which does not have any base in India’s youngest states.

Further, Naidu has been projecting himself as the leader, reaching out to regional allies, and may emerge as the kingmaker, if not king, in 2019. In fact, he has tried to overshadow the Congress as a cohesive force and tried to take the lead.

After these results, his stature would have taken a body blow, and it may actually help the Congress and Rahul Gandhi to take the lead to bring regional parties together, especially in South India. This also makes it easier for the Congress to deal with the TDP in the run up to 2019.

So, arguably, Naidu seems to have lost more in terms of stature than the Congress, from a national point of view. This is also a lesson for the TDP, that it will have to remain content with being confined to Andhra Pradesh.

In fact, to add insult to injury, KCR has a historic rivalry with Naidu (he split from the TDP in 2001 to form the TRS) and may actually pitch himself now as the leader who can reach out to regional forces. However, he can’t go with the Congress and prefers to not be seen as a BJP “stooge”. Hence, how KCR balances this out in 2019 will be interesting to watch.

BJP Can’t Take KCR for Granted
Through this election campaign, KCR and his TRS have reiterated that they are opposed to both the Congress and the BJP. However, it seems clear that the party finds the BJP easier to deal with than the Congress.

Having won an emphatic victory in the assembly polls, KCR’s primary focus will be to gather as many parliamentary seats independently as possible, and keep his cards open for a post-poll scenario.

He is not just a potential BJP ally, but a Narendra Modi ally in a post-poll scenario. But, he may now prefer to do it alone, perhaps in a tacit understanding with the BJP, rather than risk an open alliance that could alienate the minority vote.

This is especially true because the vote shares of the TRS in these assembly polls suggest that the party may sweep a parliamentary election as well. In effect, he will deal with the BJP from a position of enormous power, and the national party will have to play along as it has few allies, none south of the Vindhyas.

ALSO READ:  Chandrababu Naidu 'Dumped Modi And NDA', Can He Get The 'Status' TO AP Is The 'Big Question'?

Congress Needs to Re-Assess TDP Alliance
For the Congress party, the results suggest a catch-22 situation. It certainly needs the TDP in Andhra Pradesh, but the TDP has proved to be a major liability in Telangana. So, the party may have to consider distancing itself from the TDP ahead of 2019.

In fact, these results, Congress leaders feel, were a backlash for an alliance with the TDP. They feel the perception that the TDP opposed the demand for an independent Telangana is so strong that people fear giving it a base in the state will be detrimental to their interests.

This feeling also explains the plummeting vote shares of the Congress when compared to even the 2014 elections. In effect, the TDP has lost its claim to being the original party of Telugu people and needs to be re-defined as a party of the “Andhra” people.

TRS Has Changed Telangana’s Social Dynamics
The results are proof that the KCR charisma is the strongest electoral factor in Telangana. Having been a small sub regional party with only a 4 to 6 % vote share in a united Andhra Pradseh, the TRS took away a large section of the backward caste and SC/ST vote from the Congress in 2014.

In 2018, the results indicate that the TRS has further built its electoral base and those sections that gravitated towards it have remained firmly with the party. This means that the Congress will have to prepare for a long battle to rebuild its electoral base in the state.

In that, its first task will be to find a leader who can challenge the KCR charisma. IT may have to move out of its traditional Reddy caste base for this and work completely altering its social structure. Till then, KCR will remain king in Telangana and his family will rule the roost.

TRS’s ‘Son Rise’ May Be Cemented
K T Rama Rao (KTR), KCR’s son, is a US-returned, sophisticated politician, and has slowly, but steadily, built himself as the heir to the KCR throne. This victory, inside the TRS, is being seen as something that will bolster his stature within the party.

KTR first contested and won an election as an MLA in 2009, till then it was KCR’s nephew and MLA Harish Rao, who was the power center in the party.

However, KTR, over the last five years as IT minister, has emerged as the man in charge, and that will be bolstered by the results.

Ultimately, the TRS family has emerged stronger with the results, and the son’s position in the party and stature as a politician, are both galvanized with this victory. For now, the father will remain king, but over the next five years, another Indian political ‘son rise’ may be cemented. #KhabarLive