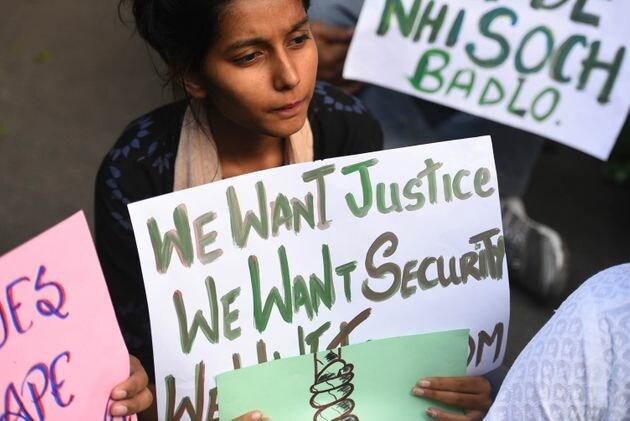 After studying and examining the new law for rapists in Andhra Pradesh, legal experts say the hastily drafted laws, titled Special Courts for Specified Offences Act-2019 and Criminal Law Andhra Pradesh Amendment Act-2019, are unlikely to meet their intended purpose, and could do more harm than good.

As on December 13, the Andhra Pradesh state assembly passed two controversial new Acts intended to deliver justice to women and child victims of sexual assault within 21 working days of the incident.

The new laws, clubbed together as the two-part Andhra Pradesh “Disha Act” of 2019, envision giving the police just seven days for investigation and the judiciary 14 days for the trial. The Acts were introduced after the gruesome rape and murder of a 27-year-old veterinarian on November 27 in Hyderabad.

Days after the incident, the Telangana police arrested four suspects and allegedly killed them in custody, prompting widespread support from politicians and condemnation from rights activists. The Telangana police also instructed local news media to refer to the victim as “Disha”, as Indian law forbids the public identification of victims of sexual violence.

“In crimes where someone is caught red handed, with conclusive evidence—evidence which can be seen before your eyes—what should be done with such persons? In Disha’s case, there was conclusive evidence. In the (CCTV) videos you could see the accused approaching her and taking her aside. In such cases what should be done?’ Reddy said on the floor of the house on December 9. “In one week investigation, including DNA testing should be complete. Law should be amended in such a way that within 21-working days or three weeks investigation and trial should be complete and death penalty should be given to the accused. Only speedy disposal and capital punishment would bring change”.

“It is difficult for the investigation to be complete in seven days. How can the police file charge sheet in seven days?” Advocate L Ravichander, a practicing lawyer at the Telangana High Court told Huffpost India. “In a system where conviction rates are already poor, a time bound investigation will only worsen things.”

The Special Courts for Specified Offences Act envisions the creation of special district-level courts, headed by a Sessions judge or an Additional Sessions judge, that shall deal exclusively with offences related to violence against women and children. The Criminal Law (Amendment) Act amends sections of the Indian Penal Code (IPC) to include the death penalty as the most severe punishment for rape cases. As of now, the maximum punishment for rape is imprisonment for life or till the natural death of the imprisoned convict.

In sum, the changes seek to speed up rape trials to a point that, experts say, will make it impossible to ensure innocents are not punished by accident.

“We do not have policing and detective resources to finish investigation in that kind of time. The deadlines set are ridiculous,” said Amita Dhanda, a law professor at the NALSAR University of Law. “The process cannot finish before it gets started unless the idea is not investigation but entrapment.”

Professor Dhanda said the new laws would lead to legally-sanctioned encounters where suspects would be sentenced to death without allowing enough time to gather and assess the evidence at hand.

Legal experts have also pointed out that while the law lays out a time frame for investigation and for the trial, it imposes no such limit on the time the police may take to file the chargesheet — without which a trial cannot proceed.

ALSO READ:  'Sleepless Nights' By TDP Leaders Over IT Raids, Worries Who's Next On Fire!

“Usually it takes at least three months for the police to file the charge sheet,” said Ravichander, the lawyer. “A number of reasons can delay a trial including non-availability of witnesses. Even if there is an eyewitness, what if that person gets attacked and cannot be present in court. The time bound approach to trial will not work.”

Even six months, Ravichander said, might not be enough in many instances.

Finally, experts point out that a law can speed up the process in the lower judiciary, but the High Court of Andhra Pradesh is not governed by state laws.

“If a person is sentenced to death in a Sessions court, he will most likely appeal in High Court, which may overturn the former’s judgment for lack of evidence or other reasons,” said Prof. Madabhushi Sridhar, a New Delhi based professor of law.

Though the Act has assigned the cases to special courts and special police force in each district, it does not add to the existing number of judicial officers and police officers, he added.

A trial period of 14 days is too less is the sentence awarded is death, he opined. “Even six months may not be enough in such cases,” he said. #KhabarLive