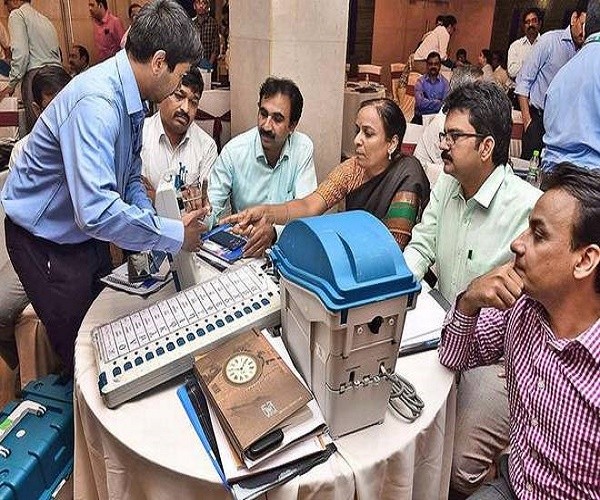 Reluctance of government employees to attend to election duty has become a source of annoyance for officials overseeing polling arrangements in the city. As the fear of politicians, unsocial elements, polling agents for favoritism sans to skip the duties of these employees.

Though a few might be genuine cases, a majority of them cited frivolous issues not meriting any exemption, officials argued.

Dana Kishore confirmed having received 400 to 500 such requests, ahead of the training session scheduled for presiding officers and assistant presiding officers on November 14. “I can understand if serious ailments are cited, which require the employee to be confined to bed. But some applicants cited superficial reasons such as migraine, backache, high blood pressure and diabetes, which do not deserve any consideration,” he told to #KhabarLive.

ALSO READ:  The Hyderabad’s 'British-Era Royal Cemetery' In 'Kothi Residency' To Get Restoration And Face Lift To Heritage Structures

According to the election manual, only women in advanced stage of pregnancy or breastfeeding a newborn, apart from those on medical advice not to take any rigorous or hazardous work, can be exempted from election duty.

The district with 15 constituencies is already reeling under staff shortage. While the required number of employees is 23,000, there is shortage of 2,000-plus employees, which is being sought to be filled up through recruitment from other departments.

A total of 3,866 presiding officers and 11,598 polling officers are needed, apart from reserve staff. The requirement may scale up in future, if more polling stations are to be added to accommodate voters enrolled in the second supplement to the electoral rolls. Under such conditions, granting exemption to more employees will run the conduct of elections into trouble, Dana Kishore said.

“We are asking the applicants to report to the training session, and seek exemption through a Medical Board we are planning to constitute. The applications will be referred to the Board which will take a final decision,” he added.

Till then, the employees may be kept under reserve, he said, and warned that department heads will be made responsible for absence of employees. Action to prosecute the truant will be taken under the Representation of the People Act, 1951. #KhabarLive