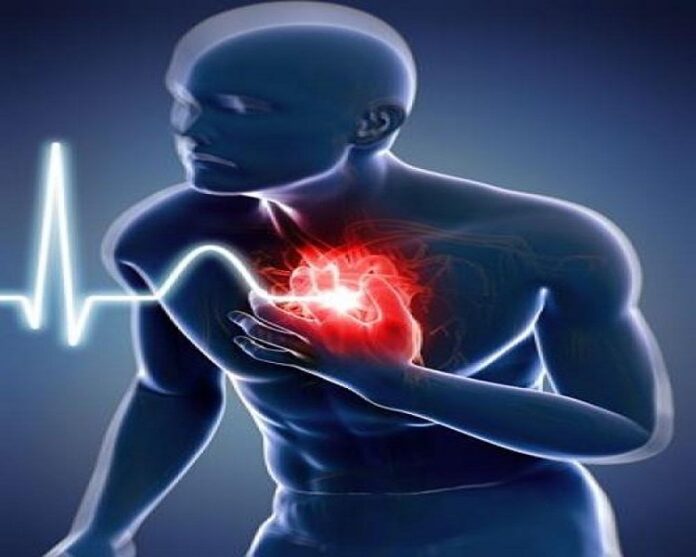 The recent death of 40-year-old actor Sidharth Shukla reportedly from a heart attack and subsequently cardiac arrest has brought home the fact that even the young and seemingly healthy are susceptible to heart related issues.

Nowadays, 1 in 5 heart attack patients are younger than 40 years of age. Here’s another troubling fact to highlight the problem: Having a heart attack in your 20s or early 30s is more common. Between the years 2000-2016, the heart attack rate increased by 2% every year in this young age group.

Arvind Rao does not fit the profile of someone who you would imagine having a heart issue. At 33 years of age, he works out every day, and doesn’t smoke and rarely drinks. So when he found he was having what he assumed was gastritis pains, he put it down to all the eating out he had been indulging in over the past couple of days. When the pain didn’t subside, he decided to visit the doctor. A test revealed he was having a mild heart attack. Luckily, the doctors quickly took action and he survived it.

“Being young does not mean one is immune to heart attacks,” says Dr Sandesh Prabhu, Consultant–Cardiology & Electrophysiology, Care Hospitals, Banjara Hills in Hyderabad. “We are seeing more youngsters coming in and presenting with cardiac issues these days– before sons used to bring in fathers who were having heart attacks, now we see parents bringing their sons in.”

The recent death of 40-year-old actor Sidharth Shukla reportedly from a heart attack has brought home the fact that even the young and seemingly healthy are susceptible to heart-related diseases as well.

A heart attack, known as a myocardial infarction, is when the blood supply in the coronary arteries reduces due to a blockage leading to the muscles dying because of lack of oxygen. “These blocks are caused by plaque rupturing,” says Dr Sakthivel, Consultant – Cardiologist at Apollo Hospitals in Hyderabad. When there are fatty cholesterol deposits (plaque) in the arteries and a person is exerting too much, stressed, or has increased sympathetic overactivity (where the nervous system goes into overdrive due to stress and can raise blood pressure and affect the cardiovascular system), the plaque ruptures and leads to clot formation and heart attack. A heart attack that isn’t caught in time can lead to cardiac arrest.

“A lot of young people in their 20s and 30s are coming to us with myocardial infarction and need bypass surgery and angioplasty,” adds Dr Sakthivel.

But what causes these heart attacks? There are the typical reasons– obesity, hypertension, smoking, doing recreational drugs and a family history of heart disease. But there are also harder to quantify reasons like stress, sedentary lifestyle and eating junk food which is leading to more youngsters presenting with coronary conditions. Most times it is a combination of factors that leads to heart attacks.

Stress, Dr Prabhu says, is something that should not be ignored and is a common risk factor when it comes to heart attacks.
“We see so many youngsters who are in high-pressure jobs and very stressed,” says Dr Prabhu. Moreover, with prolonged work hours, no work/life balance, lack of physical activity and with job security becoming an issue due to the pandemic, stress is at an all-time high for many.

Family history has a role to play as well. If hypertension, heart diseases or diabetes run in the family, it tends to present earlier in each generation and adds to the risk of having a heart attack. This makes it important for people to get themselves medically screened from a younger age and more frequently, says Dr Sakthivel.

To prevent heart attacks, doctors highlight the importance of doing 30 minutes of activity daily (jogging, walking or any form of cardio), medical screening once every couple of years after the age of 35 (if there is a family history of certain diseases, tests need to be done every year and from an earlier age), no smoking, eating a fiber-rich diet, maintaining a healthy weight and keeping stress under control.

While men more commonly have heart attacks, women aren’t completely immune to them. “The problem is that with young women the diagnosis or presentation is late as they assume it isn’t a heart attack. They only come when symptoms are severe,” says Dr Prabhu.

How does one know they are having a heart attack? “There are varied presentations,” says Dr Prabhu. “While some come in with the classic chest pain. Many present with a typical presentations like gastritis, but when we do an ECG, ECHO we see a heart attack is taking place.”

Moreover, when a young person who is seemingly fit comes in with chest pain or breathlessness, the suspicion of heart attack is less and a lot of times the relevant tests aren’t done by medical professionals. “Please make sure you are evaluated for one if you have symptoms or family history,” cautions Dr Prabhu. “Rather than assuming it is not a heart attack, it is better to prove it isn’t one.”

Symptoms to look out for and when to see a doctor:

> Chest pain. Sudden onset and atypical and usually radiating down the left arm.
> Breathing difficulty
> Sudden onset of fatigue and lethargy
> Sudden onset of exertion intolerance
> If there are pre-existing conditions like hypertension, diabetes and there is the development of any new symptoms please get it checked. #KhabarLive #hydnews