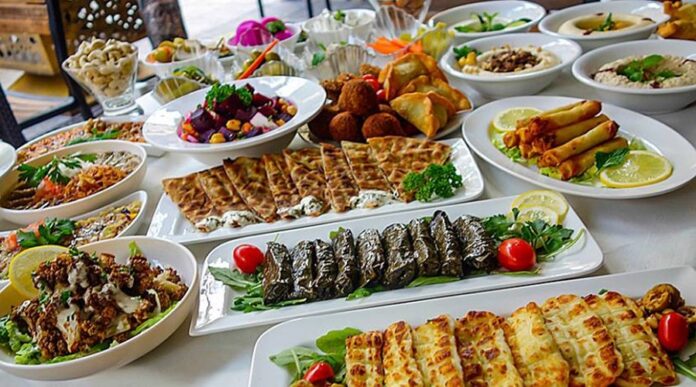 ‘Most Hyderabadi royal cuisine is dying’, laments food connoisseur Mehboob Alam Khan in n exclusive chat with #KhabarLive. Donning the chef’s cap, we caught Mehboob Alam Khan – who everybody in his five-star kitchen referred to as Nawab saab or more affectionately, Baba – meticulously going about his work.

Hyderabad is well-known for its divinely delicious cuisine. The cuisine of Hyderabad reflects sheer royalty as these were once served to the ‘Nizams’ of Hyderabad. The culinary dishes in Hyderabad have a 415-year history and as centuries have passed, the cuisine of Hyderabad only got more delicious. The dishes here have been inspired by Turkish, Arabic, ‘Mughlai’ and ‘Tandoori’ styles of cooking.

These dishes, with a blend of ‘Telugu’ spices and ‘Marathwada’ techniques have led to the cuisine of Hyderabad that we have today. The most excellent Hyderabad cuisines are found in Hyderabad itself, the Marathwada region and ‘Telangana’ region. The various dishes here are made for special occasions like weddings, festivals, banquets and for tourists. The key ingredients in most of the dishes in Hyderabad are peanuts, coconut, sesame seeds, tamarind and these are usually cooked in earthen pots, copper or brass utensils.

Some of the most popular delicacies found here include the ‘Hyderabadi Biryani‘, ‘Kheer’, ‘Paaya Nahari’, ‘Pattar Ka Gosht’, ‘Khubani-ka-Meetha’, ‘Baghare Baingan’, ‘Haleem’ and much more.

Liberally peppered between cookery tips were several tidbits of Hyderabadi food history collected over decades. “What we think of as rare cuisine, used to be the everyday food of Hyderabadis. But today, it is unfortunate that the biryani seems to be the sole representative of Hyderabadi cuisine.”

Used to be that items like Bina Masale Ka Murgh (chicken is done with only curd, turmeric and saffron), Asaf Jahi kebabs and Arvi or colocasia curry were part of everyday life. “I am sure many people don’t even know that Hyderabadi food was divided into several categories like banquet food, for weddings and parties, festival foods and travel foods,” he says.

Jahaji Korma, for instance, derived its name from jahaz which means ship and was meant to be carried for long-distance travel. Similarly, Dum Ke Baingan or brinjals cooked without water and bread liberally roasted with ghee could stay fresh for several days.

The Mughals passed on their cooking techniques to the kitchens of the Deccan and these were applied to the food, which was richly influenced by the Andhra, Kannada and Marathwada cuisines, resulting in some unique fusion recipes. “I have discovered an old Hyderabadi recipe that involves bitter gourds and green bananas. I am sure many can’t imagine a combination like this one. In some bordering towns like Gulbarga, you will still find rural Deccani food that is heavily flavoured with peanuts and dry coconut,” he says.

But these rare recipes are getting lost and the ancient flavours, dying out slowly and surely. “A documentation is long due,” he says, “because most of the Hyderabadi cuisine is already dying. Unless we make efforts, it will be lost.

Systematic documentation of the history and recipes is long due. In fact, not just Hyderabadi, but Indian cuisine, in general, is not systematically documented, vis-a-vis the Western cuisines.” Ask him if he is writing a book then, and he smiles answering, “well I am doing something more interesting. I am travelling extensively and promoting Hyderabadi cuisine.”

A heavenly place for all food lovers, Hyderabad is known for its rich and scrumptious cuisine. Hyderabadi cuisine comprises of royal dishes that were once served to the royal ‘Nizams’ of Hyderabad. The cuisines here are a blend of Mughlai, Tandoori, Turkish and Arabic styles of cooking as well as South Indian culinary techniques, which makes the dishes so enjoyable. If you are visiting Hyderabad anytime soon, hurry to the nearest best restaurant and enjoy the many delicacies of Hyderabad. #KhabarLive #hydnews