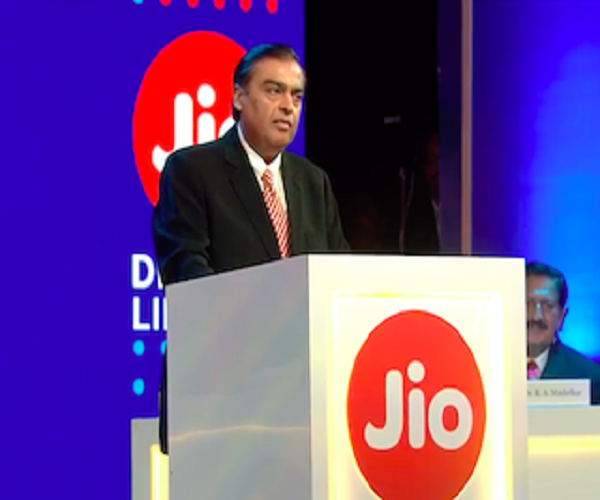 Mukesh Ambani’s Reliance Jio has created mayhem in the telecom market, forcing incumbents to shut down, sell out or merge. Its relentless race to the top is fuelled by deep pockets of parent Reliance Industries and ruthless execution capability of India’s biggest industrialist.

In less than two years, it has half the market share of the leader Bharti Airtel.

Will the bruised and battered incumbents be driven out by Jio? Not Airtel, says global financial major Goldman Sachs in a report. The tariff and data war unleashed by Jio is unlikely to dislodge Sunil Mittal’s Airtel off the perch in India’s telecom industry, Bloomberg quoted Goldman.

Goldman does not buy into the theory that Jio’s bundled video-to-music streaming services would give it an edge in the world’s second-largest telecom market. “We do not believe content will lead to a competitive advantage in India for one telecom operator versus the other,” Goldman said.

Goldman says content won’t propel Jio to the leadership as there is already no dearth of it in India. Digital entertainment content is abundant and mostly free. And then there is YouTube that has endless variety of free entertainment content. “All major broadcasters in the country have apps that offer access to a large chunk of their content for free. In addition, Indian consumers get unrestricted access to YouTube, which has a vast library of content,” Bloomberg quoted the Goldman report.

The price war unleashed by Jio may have hit profits of incumbents, especially Airtel, but Goldman says Airtel is likely to remain the market leader due to its strong balance sheet and wide spectrum footprint. Airtel can even sell non-core assets to stay competitive if the price war linger on. Since it does not need to buy or renew airwaves till 2022, it can afford to spend on expansion of its 4G network.

Goldman says the price war cannot go on forever. Sooner or later, the tariffs will go up as Jio too cannot delay making profit off its growing subscriber base.

However, Goldman cautions, if Jio doesn’t raise prices and focuses only on adding more customers, it would be challenging for Airtel, hitting its earning further. Jio can also hit Airtel in segments other than telecom such as direct-to-home, broadband and enterprise. #KhabarLive