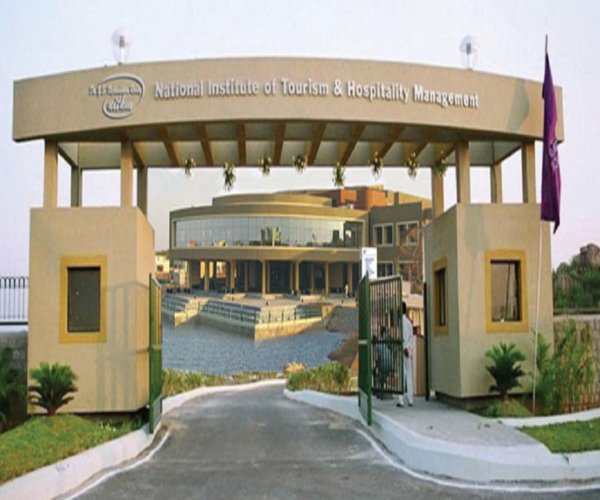 This is the third revised pattern communicated by NITHM to the students in a week. Over 200 students of BBA and MBA have been boycotting classes for the past two days. Students allege the administration has been taking all decisions without JNTU’s approval.

Students alleged that the institute director, Chinnam Reddy, was ‘bending rules according to his will’, putting the students under great stress tudents from Dr YSR National Institute of Tourism and Hospitality Management’s (NITHM) Gachibowli campus in Hyderabad protested at the premises, stating that they were being ‘threatened’ by the director of the institute.

Students of National Institute of Tourism and Hotel Management (NITHM) at Gachiblowli in the city are up in arms against the college management for allegedly changing the marking pattern barely a fortnight before the mid-term examinations which will commence on April 19. This is the third revised pattern communicated to the students in a week.

Over 200 students of BBA and MBA have been staging hunger protests and boycotting classes for the past eight days demanding that the director be removed. Students allege that the administration is acting in a dictatorial fashion by taking all important decisions without JNTU’s approval. The college was established in 2004 jointly by the central and state governments.

As per the existing pattern, 60 per cent marks are for external and 40 for internal examinations. From this term, the administration has decided to split the 40 marks into 20 for internal test and the remaining 20 into different components like 10 marks for online certification course, five for attendance and five for presentations.

“The change in the pattern has not been ratified by JNTU. The academic calendar issued by the university is not being followed by the college. When we questioned the director, he claimed that he had oral approval from JNTU. When we persisted, we were threatened by him,” said a student. Interestingly, though the mid-term examinations are scheduled to begin next week, neither the first nor the second internal assessments for the MBA and BBA courses have been held. Students have also alleged that the faculty assigned to teach the subjects are not specialists in that subject. Among the other charges were that the students were being not allowed to use the college infrastructure because most of the time it was booked for film shootings, and that the allotment of 20 marks in the internal test has been vested with teachers who use it to arm-twist students. #KhabarLive