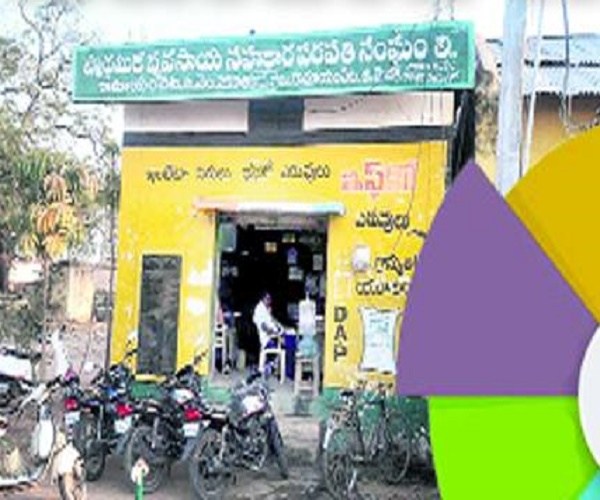 Converting the present three-tier system into two-tier will reduce intermediation costs and plug leakage of funds reaching the poor. The Vaidyanathan Committee, appointed by the Government of India, on revival of short-term cooperative credit structure recommended the financial assistance package only as a one-time measure to revive the cooperative credit societies in the country.

Release of financial assistance under the package was linked with the implementation of certain recommended legal and institutional reforms such as grant of functional autonomy to cooperatives by removing State government intervention, limiting the powers of State governments to supersede the boards and extending the applicability of prudential norms on all financial cooperatives.

It was left to the States if they wanted to participate in the package. The option could be exercised by signing of an MoU with the Government of India with a provision of its implementation in a phased manner within a period of three years. More than 25 States, including Andhra Pradesh (undivided), signed MoUs with the Government of India and Nabard by 31 March 2013. Following this, these two exercises were completed:

Financial assistance for the revival package was initially worked out to Rs 13,596 crore. Thereafter, it was revised to Rs 19,330 crore and the same was released to the cooperative credit societies to wipe out their accumulated losses, cover technical assistance, computerisation, introduction of standard accounting system and for training and capacity building measures among others as on 31 March 2014.

Introduction of legal and institutional reforms necessary for their democratic, self-reliant and efficient functioning had been envisaged in order to limit the powers of State governments to supersede the boards and to ensure timely elections before the expiry of the terms of existing boards. The State governments, as a precondition, have accepted and implemented the legal and institutional reforms in a phased manner.

ALSO READ:  Why Hyderabadis' Are Struggling To Perform 'Last Rites' To 'Corona Dead'?

Telangana’s Case
Coming to the specific case of these institutions in Telangana, elections to Primary Agriculture Cooperative Societies (PACS) were last conducted in 2013. The tenure of governing bodies of the PACS expired on February 3, 2018. It was extended for six months, which ended on August 3, 2018. Thereafter, it was further extended for six months for the second time. This ended on February 3, 2019.

However, instead of conducting elections, in a surprise move, the State government on 31 January 2019 extended the terms of Person-in-charge Committee of 906 PACS’ and 40 Farmers Cooperative Service Societies (FCSS) by another six months – for the third time.

Thus, the legal and institutional reforms brought out in the Cooperative Societies Act as per the Vaidyanathan Committee recommendations were not adhered to and it is a deviation from the MoU signed with the Government of India and Nabard. Restoring democratic management in the societies by holding free and fair election is paramount for strengthening of cooperatives in the State. With the Lok Sabha elections around the corner, it seems unlikely that the State government would conduct elections to these cooperatives in the near future.

Telangana has a legacy of three-tier rural cooperative credit structure ie, the Telangana State Cooperative Apex Bank at the State level, District Cooperative Central Banks (DCCBs — 9) and Primary Agricultural Cooperative Societies (906). Several States such as Goa and Assam have only two-tier structure — Apex Bank, its branches and PACS’. Here, the existing nine DCCBs, after the merger with Apex Bank, can be converted into branches of TSCAB. The latter can open new branches wherever necessary in remote areas.

Declining Clientele Base
In the era of tight regulatory regime and high capital adequacy norms under Basel III, the DCCBs cannot match the rural branches of commercial banks and regional rural banks in terms of competitiveness. The clientele base of cooperative banks has been on the decline for the last few years even after pumping in crores of rupees.

Besides, the State government has restructured 10 districts into 32 districts for better governance and decentralised administration. Dividing the nine DCCBs into 32 DCCBs is a herculean task and even after division, some DCCBs may not be viable. Delayering the DCCBs from the three-tier rural cooperative credit structure seems to be a wise step as this will reduce intermediation costs and plug leakage of funds reaching the poor. The repeated frauds and misappropriation of funds in certain DCCBs in the State in the recent past should ring warning bells.

Viable PACS
The condition of PACS’ is also not very encouraging. The management at present is not professional. Since the common accounting system and computerisation are yet to bring transparency in the PACS’, an official from the Apex Bank can be put in the driver’s seat, ie, as the CEO assisted by a few staff members.

The PACS’ can be converted into mini-banks with some facelift and allowed to accept deposits in a limited way from its members on behalf of the branches of the Apex Bank. They should carry the unique advantage of extending non-credit services like selling inputs to farmers in addition to extending the credit to its farmer members in rural areas to become viable entities.

Though Telangana is the youngest State in the country, it has proved its maturity in thinking, policy-making and implementing reforms effectively. Flagship programmes like Mission Kakatiya, Mission Bhagiratha, TS-iPASS, T-Hub, T-Wallet, Ma Bhoomi, Rythu Bandhu, Rythu Bhima are the several milestones in a short span of four-and-a-half years. Its growth rates in agriculture and service sectors have put the State on a high pedestal.

There is another good potential in the area of cooperative sector reforms through appropriate legislative intervention by the State government in converting the present three-tier system into two-tier, provided there is strong willpower.

Let us look forward that the State government would initiate a new initiative for streamlining the ailing cooperative sector before holding the elections to the governing bodies of PACS/FCSS in the State. This will put the cooperative credit structure, which are the vehicles of economic development, back on the track and bring rural prosperity. #KhabarLive