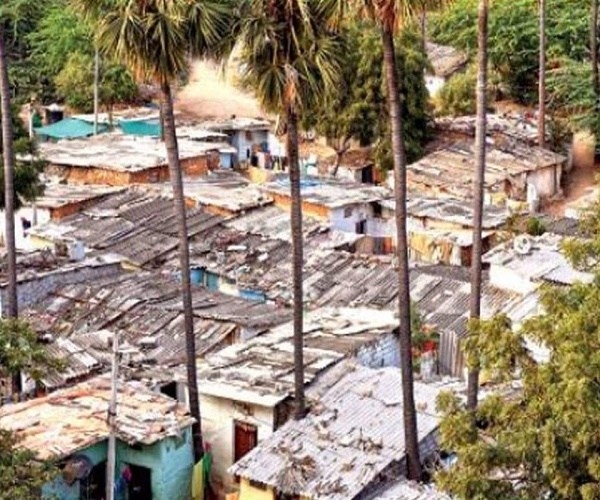 Despite court orders in its favour, the Osmania University’s (OU) attempts to evict those dwelling in unauthorised houses inside the campus has yielded no results in the last 30 years, forcing authorities to lose out on land worth approximately ₹800 crore to the hands of encroachers.

At a time when squatters are facing the heat at government hospitals, there are other public institutions such as OU which continue to face the wrath of encroachments for decades now. According to figures from the estate cell in OU, as much as 56 acres land has been encroached upon by various people since 1991.

There are 11 camps within the university limits i.e. Ramanthapur, Habsiguda, Amberpet and Tarnaka — where 1,167 houses are constructed and over 25,000 people are living illegally for the past many years. Apart from houses, a chunk of university land is also occupied by religious establishments such as mosques and temples.

Every time we try to clear the encroachments, we receive flak from MLAs and local public representatives. There is no political will to remove these unauthorised camps for which the university ends up paying from it’s own pockets,” said an official.

While coffers of the university are reeling with shortage of funds, the university pays almost ₹1 crore towards electricity bills and ₹60 lakh towards water bills annually for these unauthorised structures.

The camp dwellers also breed buffaloes, goats and indulge in various activities which disturb the tranquillity of the university. Building of a compound wall has also failed to curb the menace of encroachment within the campus as existing people have damaged it at many spots thereby putting the entire area at risk.

Officials claim that the government representatives are hands in glove with the squatters as they view them as a major vote bank. Attempts to remove encroachments has also received flak from camps dwellers as they threatened university authorities of dire consequences. “In the past, the university has tried to conduct various negotiations with the people living in the camps.

Whenever we try to clear the encroached land, they threaten to commit suicide and put the blame on us,” said N Venkateshwarlu, joint director of estate cell, which is responsible of the land within the campus. #KhabarLive