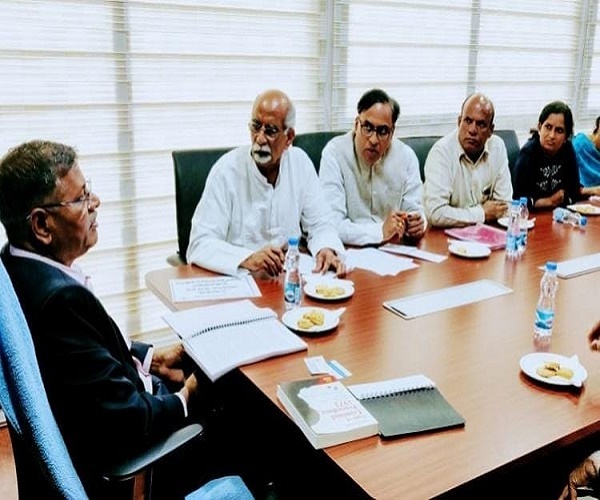 Activists met with officials from Telangana’s Election Commission and alleged that posts in the upcoming panchayat election in the state were being ‘auctioned’. Elections for more than 12,000 gram panchayats in the state are being conducted in three phases, on January 21, 25 and 30.

The issue was raised by Telangana Election Watch, a body consisting of more than 30 civil society organisations, who claimed that the state government’s announcement that a grant of Rs 10 lakh would be sanctioned to panchayats where a Sarpanch was elected unanimously, made things worse.

“Election Watch has observed that in many villages, informal village developmental committees and other such organisations are exerting pressure on probable candidates for unanimity at cost ie, if people are elected unopposed, they are willing to pay a price. In some other cases, the posts are being auctioned in advance, making mockery of elections,” the organisation said in a press release.

“Adding fuel to the fire, the state government’s policy of rewarding the Gram Panchayat with a grant of Rs 10 lakh and some prominent politicians announcing Rs 15 lakh from their funds, for unanimous elections, are also pressurising contesting candidates,” the press release added.

“If it is proved that any candidate bought the sarpanch post through auction, they will be disqualified and the election will be declared null and void. The commission will re-notify fresh elections there,” state election commissioner V Nagi Reddy was quoted as saying.

“Election Watch suggested withholding the results of unanimous elections where only a single candidate filed nomination or all other candidates withdrew, leaving only one candidate in the fray. The results should be announced only after due verification by district authorities and clearance from the SEC,” the press note concluded. #KhabarLive