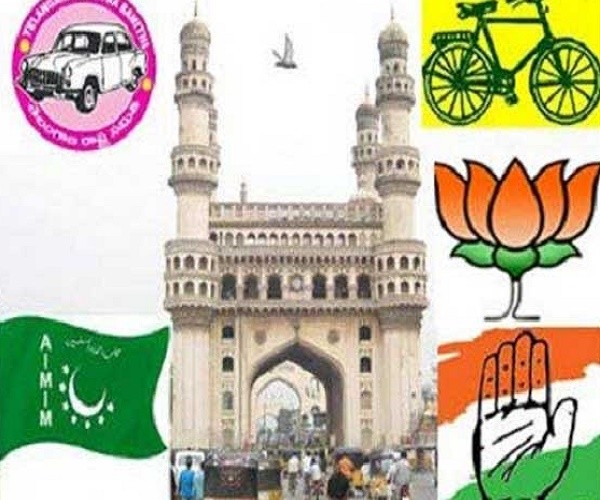 The season of elections has dawned upon us. Political parties are busy trying to woo the voters. They are gearing up for election campaigning, taking pot-shots at opponents and crafting out manifestos. Here, let’s take a look at how the manifestos are faring in Telangana.

Political party manifestos are meant to show a party’s roadmap for development and welfare plan for citizens especially those in genuine need of them (farmers, weaker sections, etc.). However, across states in India, manifestos have become tools for making short-term and populist announcements. The graphic below shows a comparison of manifestos of major political parties, contesting 2018 Legislative Assembly election in Telangana, across a few major sectors.

Untenability of manifesto promises
It is clear that many of the promises made in the manifestos are populist and may exert a severe strain on Telangana’s fiscal capacity. In the past, RBI reports have noted Telangana’s rising fiscal deficit due to financial indiscipline and higher spending on populist schemes. For example, in agriculture, parties are promising loan waivers. This is at best a short-term palliative to the deepening agrarian crisis. Granting loan waivers erodes the credit culture, thereby, acting as a moral hazard.

In education, freebies such as bicycles and laptops have been promised. Unfortunately, they do not address pressing issues such as declining standards (More than 50 per cent of Class V students cannot read Class II text in Telangana – ASER, 2016) in education. In healthcare, some parties have announced super-speciality hospitals.

However, it doesn’t directly address serious issues in healthcare – weak primary healthcare system and low health expenditure (0.82 per cent of GSDP of Telangana, 2018-19). For youth, most of the parties have promised unemployment allowance. Such sops are not an alternative to skilling and job creation. Clearly, it’s a massive failure of governance.

Extreme promises (categorised as miscellaneous in the above table) include waiver of value added tax (VAT) on petrol. In the Goods and Services Tax (GST) era, petrol is one of the few areas where states have autonomy over taxation, and gain revenue. Waiving it would be be detrimental to the state’s finances.

Next, a bhojana sala in every district also finds mention in a political party’s manifesto. We all know how Tamil Nadu government’s market intervention to provide low-cost meals and tiffin to the poor has panned out. The costs of sustaining them are being borne by financially crippled civic bodies often at the cost of other basic amenities. Therefore, the question arises – is this a viable way to deliver nutrition to the poor?

It is evident that political party manifestos are populist and misdirected. They do not address the people’s agenda for development. A Supreme Court judgement in 2013 said that freebies and populist promises “shake the root of free and fair elections to a large degree.”

Election Commission of India (ECI) too had amended the Model Code of Conduct (MCC) in 2014 urging political parties to broadly indicate the ways and means to meet the financial requirements of their manifesto promises. However, this has not deterred them from making populist announcements.

Addressing people’s agenda
By making populist announcements and proposing to give out doles, political parties are deflecting from real issues that affect citizens. First, the agrarian crisis stems from the fact that farmers are not realising adequate incomes. This can be attributed to several reasons such as presence of middlemen – capturing 80 per cent of the final consumer price, leaving only 20 per cent to farmers; price volatility – due to large imports without protection to domestic producers; hindrance to corporate investments and economies of scale due to rigid tenancy and ceiling laws; and, large swathes of rainfed (or unirrigated) land.

Second, quality education and robust healthcare are integral to improving standards of living. Amartya Sen often cites the importance of education and healthcare as central to economic development. Sadly, at present, outcomes in education are abysmal. In healthcare, weak primary health care system and underfunding have stymied any substantial progress. On the contrary, millions of people descend into poverty due to high out-of-pocket expenditure.

Third, basic amenities and services like water supply, sewerage, storm water drainage, local roads, traffic management, street lighting, etc. continue to be dysfunctional. The elites have largely been able to insulate themselves from this governance failure but the rest of the society continues to suffer.

Fourth, the rule of law is feeble in India. Police are overburdened with non-core functions such as VIP duties, serving court summons and verifying passports as noted by the Second ARC Report. Crime investigation suffers due to shoddy investigation aggravated by poor forensic infrastructure.

ALSO READ:  ‍Luqma Studio - A Place For Muslim Women To Unwind In Hyderabad

In judiciary, pendency of cases (3 lakh cases are pending in the Hyderabad High Court) and delays in justice is overwhelming. Ineffective rule of law severely affects the rights of the citizens, especially the poor and the weaker sections.

Therefore, political party manifestos ought to address these real issues which constitute the people’s agenda. Currently, vote is delinked from public good due to which the voter maximises short-term gains delivered by political parties in the form of money, freebies, sops and doles.

Similarly, the link between taxes we pay and services we get is not clearly established in our minds. Public money is meant for public goods and services. However, since this is not understood, we make do with whatever the elected representatives are able to deliver through a dysfunctional public services delivery system or outside of it.

The above issues do not require extraordinary commitment or large monetary resources. They are broadly accepted among citizens and are achievable. The need of the hour is political commitment and the will to deliver. Freebies culture needs to be abolished. Civil society should play a part in resisting and strongly opposing it.

Manifesto promises that reduce the relationship between the state and the citizen to that of a patron-client should be rejected. Citizens must vote wisely and vote for parties that address the people’s agenda. Everything else is just smokescreen. #KhabarLive