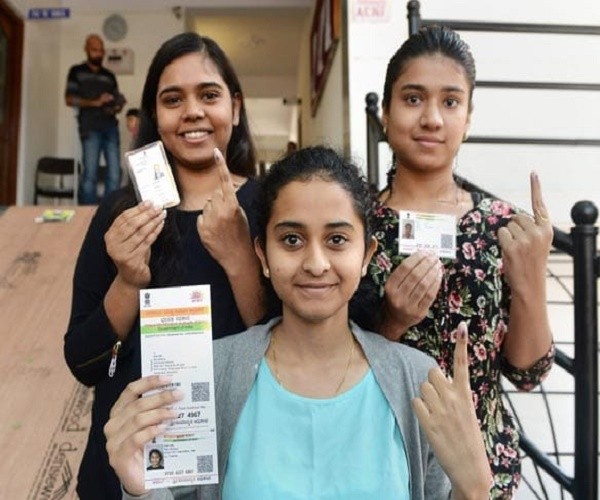 Political parties instead of indulging in mudslinging must impress upon eligible youngsters to enrol as voters. It is unbecoming on the part of a few misguided individuals and leaders of opposition parties to thrust the accountability of missing votes on the State government. Projecting this fallout as an obstacle to conduct free and fair elections, some of them even approached courts.

However, the Chief Electoral Officer has stated that there was a tremendous response to the special drive, which concluded on September 25, from the public in terms of claims as well as fresh registration. In fact, registration is a continuous process that can go up to ten days prior to the issue of notification. The Constitution has provided several conveniences to every citizen of India to register as voter immediately on completion of 18 years. Thus, indulging in such irresponsible talks is not healthy for democracy. How can a government be made responsible for missing votes?

A number of principles, procedures, rules and regulations decide the voter registration process. As part of the electoral system, the Constitution has provided for a well-defined hierarchy. At the highest level, we have the Election Commission of India and in the order of precedence, there is State-level Chief Electoral Officer, District Election Officer, Electoral Registration Officer, Assistant Electoral Registration Officer, Supervisor and Booth Level Officer. It is the exclusive prerogative of the Election Commission alone to entrust a particular role and responsibility to a particular officer in the hierarchy and the government has no say whatsoever in this matter.

Prerogative of EC
It is the Election Commission that decides as to who should be the State CEO or the Additional or Joint Electoral Officer. Every decision taken by the officer concerned in the hierarchy is binding. Whether it is registering a voter or removal as per laid down procedure, the power rests with the Election Commission.

As per the People Representation Act, for every constituency, there shall be an electoral roll to be prepared under the superintendence, direction and control of the commission. The government has no role to play.

The political party in power may have the right to take initiative and educate its followers to register as voters, but certainly, it cannot enable removing any voters from the list. Rules and regulations simply will not let it happen. For a free and fair election, quality of elector registration process and electoral rolls is the most important pre-requisite.

Electoral malpractices like bogus voting and impersonation, in a large part, result from a defective system of voter registration. Officials responsible for voter registration are required to be thorough in all relevant rules and laws. Any erroneous application of the law will affect the purity of election. That is why electoral officials take meticulous care in the registration process. Nowhere does the government involve or interfere in this task.

Registration is a continuous process. Electoral rolls are revised annually with reference to January 1 of the year as qualifying date. Draft electoral roll for information of general public and inviting claims and objections are published well in advance. All this is done with complete transparency and everyone has a right for claim and for revision. Then, how is it possible to remove lakhs of voters from the list and that too by the government?

Instead of waiting for the electoral team to visit their residence for enumeration, every citizen on completion of 18 years must take the initiative to become a voter. We should feel that it is our birthright. Let us not resort to complaining that our name has been removed or not there, when elections are due.

Collective Power
India is the largest parliamentary democracy in the world. Survival of democracy depends on people’s collective power. Everyone should take some time from their busy schedule to register their name as voter, confirm that the name is on the list, and if not, find out the reasons for non-inclusion, see to it that it is included and finally vote as and when the elections are held. Only when every citizen does this, s/he becomes a partner in the progress of the country.

Each and every vote that we cast, influences the governance at village, mandal, constituency, town, district, State and country level. The decisive power that the vote has, if necessary, may checkmate the elected representatives and make them responsible for all the misdeeds. More than anything, our voice is heard.

At times, one single vote might turn the tables and may become a decisive vote for someone to win. That is the reason why we should be alert in registering as voter. This is our minimum responsibility. Even the political parties instead of mudslinging, must impress upon eligible youngsters and educate them to enrol as voters.

There is also a well-laid procedure to obtain Electronic Photo Identity Card. Instead of waiting for it at our residence, let us obtain it from e-seva centres. Let us explore every possible opportunity to ensure that we become eligible to cast our vote. In fact, it’s very easy to cross-check whether our vote is on the list.

When there are umpteen opportunities for voter enrolment and confirmation, why blame the government and the Election Commission? It’s illogical to allege that the government removed voters. Every political party should be on a continuous job of voter enrolment instead of resorting to irresponsible criticism. #KhabarLive