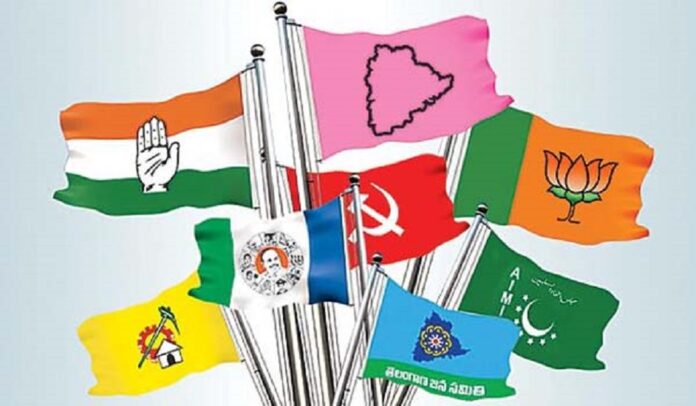 The trouble maker virus Covid has changed not only people’s lifestyle, but also work culture. In particular, coronavirus has changed the functioning of political parties and their offices.

Before the outbreak of Corona the offices of political parties were a beehive of activity, with party leaders, workers, visitors having back-to-back meetings. Besides, the main political parties used to conduct at least two to three media conferences daily. Beat reporters, cameramen and electronic media representatives used to regularly cover activities of various parties.

There is no activity on the ground by any political party. Generally political leaders belittle their opponents as ‘paper tiger’, but now almost all political parties have become paper tigers as they have confined themselves to issuing press statements.  Most of the leaders are staying put in their residences. The party office bearers are not coming to their offices.

In one way, local leaders of opposition parties are happy as there are no calls for agitations from their high commands. To conduct any agitation, the related expenditure has to be borne by local party leaders. The party head office would not give any financial help to conduct agitations.

Some political parties have arranged control rooms to help Covid patients. If any patient calls the control room for any help like vaccine, ventilator or oxygen, the political leaders of the respective parties will speak over phone to the persons concerned and request them to help the calling patients appropriately.

Due to corona, the state governments are not in a position to conduct full Budget sessions of Assemblies. While the Telangana government cut short the Budget session, the Andhra Pradesh government chose to issue an ordinance on budget without even conducting the Assembly session. #KhabarLive #hydnews