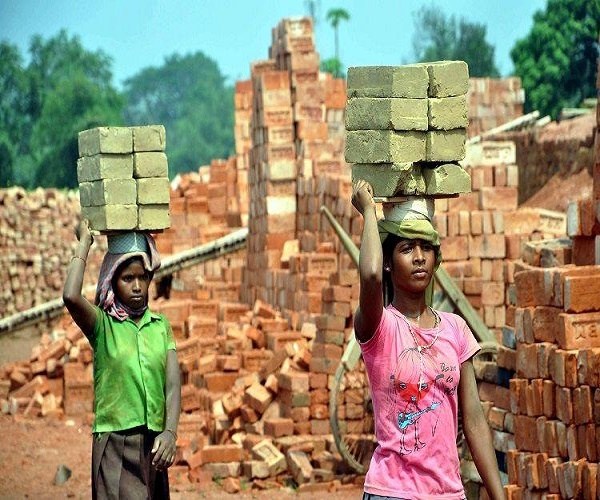 Due to the amended Act, enforcement agencies in Telangana are unable to take action or assess if the adolescents’ work environment is truly non-hazardous. Operation Smile, an initiative by the Telangana police, helped rescue 2,119 children from child labour in January 2019 alone, but the number of children involved in bonded labour could be much higher. At present, the state has no mechanism to identify them, nor do they have the legal backing to register cases if children above 14 years of age are involved in bonded labour.

The Telangana Labour department also finds it difficult to keep track of children involved in child labour in the state due to staff shortage in the districts, say officials. While a sample survey undertaken by the Labour department in 10 districts revealed that 9,724 adolescents are involved in child labour, the real numbers could be much higher, say officials. Under the Child Labour (Prohibition and Amendment) Act, 2016, it is defined that children up to the age of 14 are prohibited from working in any form of employment or labour force and adolescents, while those from the age of 14 to 18, are prohibited from engaging in hazardous occupations as per the Schedule of Hazardous Occupations.

The amendments to the Act made in 2016 now allow adolescents above the age of 14 to be employed in non-hazardous work. Thus, occupations such as domestic work, working in a circus, in an automobile workshop, and in the firecracker industry become legal. This amendment is now posing a problem for enforcement agencies as they are unable to take action or assess if the adolescents’ work environment is truly non-hazardous.

“If a minor is employed to work as a domestic help, and is confined within a space of the house or an apartment restricting her movements, this will now be considered as a bonded labour case and stricter action will be initiated by the law enforcement agencies,” said a senior official with the Labour department who did not wish to be named.

The officer told #KhabarLive that if the work environment of adolescents is inhuman in an industry defined as non-hazardous, the Labour department registers the cases under the Bonded Labour System (Abolition) Act, 1976 that prohibits forced labour and human trafficking.

Revenue department officials play a crucial role from identification to rehabilitation of bonded labourers and issue a Release Certificate to ensure that the benefits of the Central Sector Scheme are extended to the aggrieved.

The Revenue department thus has to independently review the situation of the child and declare that it is a case of bonded labour, on a case by case basis. “The law is complex. It requires a Revenue Department official of the rank of a Revenue Divisional Officer (RDO) to come and say that the child is a bonded labourer and issue a release certificate. Without the release certificate, the Labour department cannot enforce the Bonded Labour Act,” the officer said.

The Release Certificates should be issued within 48 hours of a bonded labourer being identified. However, they are rarely issued on time. “Within 48 hours of a case of bonded labour being identified, the victim is taken out of bonded labour and is isolated from the employer. A compensation of Rs 20,000 is to be given to the labourer and Rs 5,000 as immediate relief. The certificate should also be issued within 48 hours but this is not happening,” said the official. The Release Certificate aids in documentation work that helps those rescued avail full compensation under the bonded labour rehabilitation scheme.”The department officials have not received training after the Bonded Labour Act was amended and the scheme was revised in 2016,” the official added.

In 2016, in a bid to promote startups, the Department of Industrial Policy and Promotion (DIPP), under the Ministry of Commerce, recommended states to make changes to the scheme of inspections and self-certification. Under these changes, any startup will be exempted from labour inspections for the first year of setting up and upon submission of an online self-declaration. If the firm continuously submits their returns without fail, they will be exempted from compliance inspections for another three years from the second year onwards. The Labour department intervenes only if a specific complaint is received against the establishment.

The DIPP’s definition of a startup is an umbrella term, where any firm is considered as a start-up up to a period of seven years from the date of incorporation/registration, if it is incorporated as a private limited company (as defined in the Companies Act, 2013) or registered as a partnership firm (registered under Section 59 of the Partnership Act, 1932) or a limited liability partnership (under the Limited Liability Partnership Act, 2008) in India.

“Ever since the government order on ‘Ease of doing Business’ was implemented, we have also stopped active labour inspections. This has impacted how the department detects instances of child labour in organised sectors,” the official said. They also lamented that the department has to rely on other departments to rescue children and that the requirement of a Release Certificate often delays efforts.

In the recently-concluded Operation Smile under the Rachakonda Commissionerate, the police rescued 225 children from various forms of child labour. 93 of those children were working as helping hands at shops. So far, the Rachakonda police have booked eight persons in five different cases under the Bonded Labour Act.

The Labour department official, who has worked closely with Operation Smile, said that these children were working in inhuman conditions, and were rescued based on tip-offs the police received. With the Labour department’s powers being limited in the state, the only way child labour can be kept in check is through the police and with the use of technology.

ALSO READ:  Why Lockdown Is Becoming A 'Big Joke' To Traffic 'Violators' In Hyderabad?

Child tracking and facial recognition
“Presently, there is no way for the department to know if a child who was previously rescued by the police is going back to doing child labour. But to solve this problem, we are in the process of revising the State Action Plan that focuses on creating a child labour tracking system, where we can set up an interface into the police database on minors to check if the child is in the missing/trafficked case list, even from other states,” said Varsha Bhargavi, state coordinator for the State Resource Centre for Elimination of Child & Adolescent Labour under the Labour department. “It is a comprehensive system being developed and the schematics are being discussed. The plan is still on the drawing board,” she added.

While it comes to Operation Smile, the Rachakonda police use the facial recognition system to identify children. Speaking to #KhabarLive, Rachakonda police commissioner Mahesh Bhagwat said, “We use facial recognition tool for Operation Smile. In 2018, two cases were detected. When there are unidentified children, we take the photo and run it across the database of missing children and compare with that. It will show a 50% to 60% match between the two photos. This year also, we used it but no such case came to our notice.”

The Labour Department has expressed interest in gaining access to the police database of missing children through their child labour tracking system, if and when it comes into effect.

“Most of the children who are caught doing domestic work are in urban pockets. They work as additional helping hands in gated communities in the form of domestic helps. They are often confined and locked in the houses. At times, even the department will not know about their existence until someone alerts us. Right now, we hope that citizens recognise their collective consciousness and refrain from employing minors and stop violating children’s rights.

The Labour department also has a portal where child labour cases can be reported and ChildLine 1098 can be dialled round the clock for reporting Child Labour offences,” said Bhargavi, while talking about how facial recognition and the child labour tracking system can help the department enforce the Act better. #KhbarLive